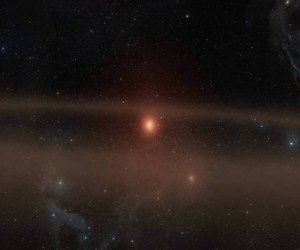 Scientists and gamers are teaming up to identify new exoplanets, proving that video games can totally be educational and serve a major purpose. Not that you doubted that or anything though, right?

In a collaboration between the popular multiplayer game EVE Online, Massively Multiplayer Online Science, Reykjavik University, the University of Geneva and professor Michel Mayor, players will soon be able to help scientist find and classify planets that are orbiting stars throughout our Milky Way galaxy. The goal being to to bring real-world astronomical data to EVE Online.

So all those hours, days, weeks and years spent playing video games might finally pay off in a really cool, science fiction sort of way. Except it's not fiction — it's real life science stuff.

Here's how the video game will blend science and gaming

EVE Online's players will receive data provided by the University of Geneva, and they'll have the opportunity to classify it. Enough players have to agree on the classification of a certain piece of data, but once they do, the information will then be sent back to scientists at the University.

This isn't the first time EVE Online has recruited regular people (AKA non scientists) to help out with a major science project. In the past, players submitted over 25 million classifications of human cells to help the Human Protein Atlas. So it's no surprise that another project is underway.

"In searching for the next dataset for our massive player community to tackle, the stars aligned for players to have the opportunity to directly contribute to the search for new planets with a world-renowned scientific team," the Executive Producer of EVE Online, Andie Nordgren said. "Real people around the world collaborating in a virtual universe to explore the real universe is the stuff science fiction, and soon science fact, is made of."

Exoplanets are discovered through the transit method, which is where scientists observe changes in light emanating from stars when planets pass by them. And since there are countless stars in observable space, scientists need extra sets of eyes to help identify planets' masses and diameters.

No word on when the new citizen science project will be implemented into the video game, but according to CCP Games, the answer should become available at EVE Fanfest, which will take place in Iceland from April 6th-8th.

In the meantime, keep on gaming! Science is depending on you. You can learn more about EVE Online and play for free here.

How to Pick Up Weapons in Counter Strike

Around The Home
Productivity
By: Nick Miles

How to Donate Robux on Roblox