Tim Apple Is Not the Name of the CEO of Apple, Mr. President 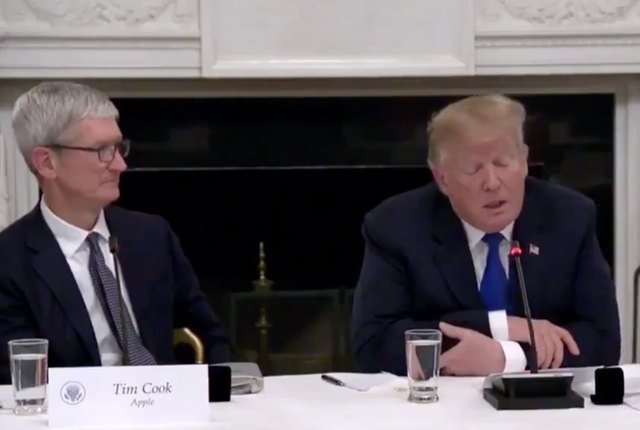 Whether you like President Trump or despise him, there's one thing you can't really argue: He's pretty terrible at names.

At an American Workforce Policy Advisory Board meeting this week, the president called the CEO of Apple "Tim Apple." His name is Tim Cook.

Now, it's understandable that not everyone knows who Tim Cook is, although it's probably safe to assume that anyone in the tech industry or anyone who has ever interacted with him professionally knows his name. But the president of the United States (or of any country) should absolutely know that Tim Cook's last name is not Apple.

Here's a clip of it happening:

Tim Cook, who was sitting next to Trump at the time, nodded. Because what else do you do when the president calls you Tim Apple in public?

It's unclear if Trump flubs people's names on purpose, but this isn't the first time it's happened. As The Verge pointed out, he once called Marillyn Hewson, Lockheed Martin CEO, "Marillyn Lockheed."

So, yeah. That happened.

What Are the Different Parts of an Email Address?

Around The Home
Productivity
By: Drew Somers

Here's the First Trailer for The 'Groundhog Day' VR Game

Everything Coming to Amazon Prime Video in April 2019