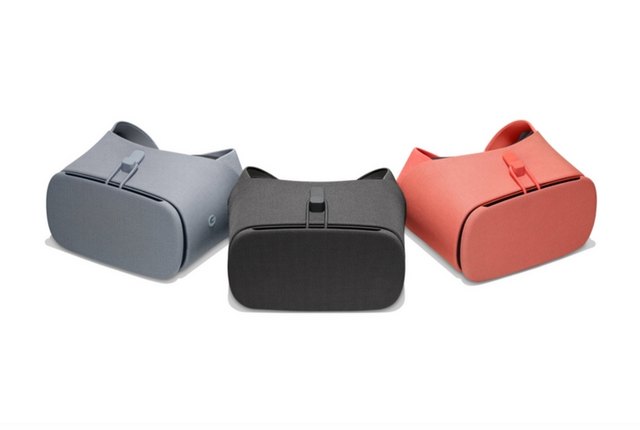 Google has unveiled its newest version of the Daydream View headset, which is the first major upgrade the mobile headset has had since it was released last year. Google announced the second-generation Daydream View at today's Pixel 2 event.

The device will work with all Daydream-compatible phones, including the newly announced Pixel 2, the older Pixel, the Galaxy S8, the S8+, the Note 8, the Moto Z, and the Moto Z2. It'll be compatible with a YouTube library of original movies and TV shows customized for virtual reality.

The Daydream's starting price is $99, which is $20 more than the previous model. One of the reasons for the higher price is that it has a wider field of view. Another change is the slot for the controller and a removable head strap for more comfort. But the overall design hasn't changed, other than the colors.

Instead of Slate, Snow, and Crimson, you can choose from Charcoal, Fog, and Coral. The fabric change isn't just aesthetic, it's also symbolic. For the first Daydream, Google worked with fashion companies to make it feel like clothing. But for the new device, VR product manager Andrew Nartker says it's supposed to resemble furniture upholstery.

You can preorder the Daydream View on Google's store for an October 19th launch.

How to Activate Bird's Eye Views in Google Maps

What to Expect From a 2016 Smartphone

Samsung's New Disney and Pixar Wallpapers Are Clever and Adorable

You Can Now Preorder Google's Pixel 3 and Pixel 3 XL

How to Put Skins on "Minecraft" on a Kindle Fire HD