These Airlines Have the Best In-Flight Wi-Fi 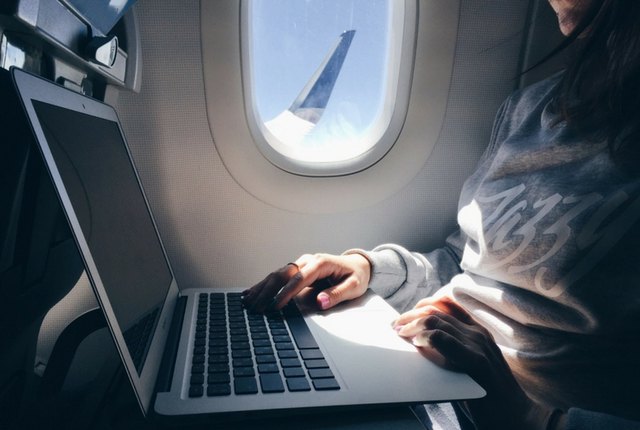 Whether you're flying across the country or traveling somewhere close by, being away from the internet for an entire flight can be excruciatingly painful. Especially when you land to an overwhelming amount of emails you could have been handling mid-flight.

That's why airline Wi-Fi is the greatest invention ever—next to the invention of airplanes, of course.

The team at HighSpeedInternet.com did some research and expert data analysis on the Wi-Fi offered by the top domestic airlines. They ranked the overall best in-flight Wi-Fi based on its availability, speed, price, and price.

Here's what they found: 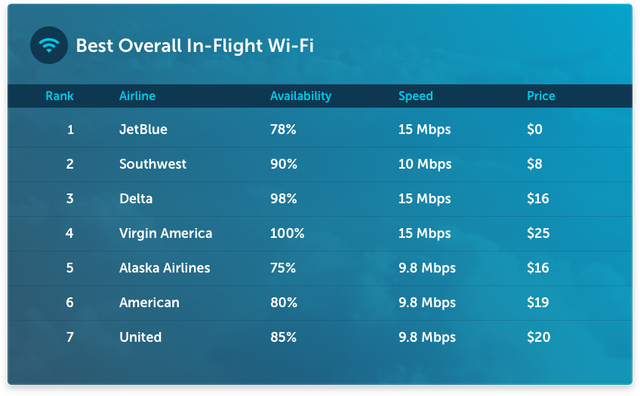 JetBlue outranks all the other airlines, because it's the only airline in the U.S. that offers free Wi-Fi. It's also among the fastest, tying with Delta and Virgin America at 15 Mbps. But when it comes to affordability and availability, Southwest is the next best contender with Delta not far behind.

If you want to ensure you'll have internet access on every flight you take, Virgin America is the way to go. The airline offers Wi-Fi on 100% of flights.

And as for the domestic airlines that don't offer in-flight Wi-Fi at all: Frontier, Hawaiian Airlines, and Spirit.

The more you know.

How to Get Unlimited Internet for Free

Around The Home
Entertainment
By: Shelley Hoose

The Advantages & Disadvantages of Internet Cafes

High-Speed Internet Options for Houses in the Middle of Nowhere