Why You Should Stick with Flickr (Despite the Yahoo Hack)

Before social networks were a thing, Flickr was a real phenomenon, considered an essential place for all manner of photographers to share their photos. My, how times have changed. With the rise of sites like Facebook, Twitter, Instagram, and Snapchat, Flickr—acquired 12 years ago by Yahoo—has slowly faded nearly into oblivion. It might still have a healthy user base, but it generates very little buzz. Then came 2016. 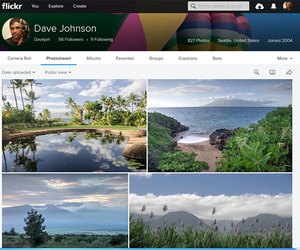 At the tail end of last year, Yahoo hit the headlines, but not in a good way. News about two epic hacks involving over one billion user accounts—one from a foreign government and the other from an unknown source—coupled with a US intelligence-related email spying controversy, tarnished the company's reputation, leaving behind a bitter legacy for longtime users. Some even vowed to abandon Yahoo, just as a $4.8 billion sale of the company to Verizon got underway.

Flickr suffered guilt by association, but despite hits to the parent company, the photo site is popular with its 122 million users. Some consider it one of the best places to share, manage, and store your photos. And with 13.6 million uploads per day, Flickr is one of the world's largest photo-sharing communities and a platform for millions of people who have uploaded some 13 billion photos worldwide.

And there's good news. "I haven't seen any evidence of a specific Flickr security issue related to the breach, except that all Yahoo! accounts should be considered compromised," said security expert Rich Mogull, CEO of Securosis. "It's best to assume if your data was exposed on Yahoo!, your Flickr account is also at risk." 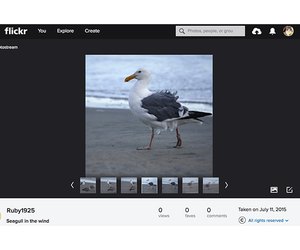 Yahoo says it now has a better grasp on how to solve security problems than it did several years ago. "Today's security landscape is complex and ever-evolving, but at Yahoo, we have a deep understanding of the threats facing our users and continuously strive to stay ahead of these threats to keep our users and our platforms secure," a Yahoo spokesperson told Techwalla. "Over the course of our more than 20-year history, Yahoo has focused on and invested in security programs and talent to protect our users." Yahoo says it has invested more than $250 million in security initiatives across the company since 2012.

That, plus a a full terabyte of free, full resolution photo storage has kept Flickr on the map while its parent company absorbs the flak. Said Mogull, "If you aren't worried about your Flickr information and photos being exposed, there really isn't much risk in using it. If you post all public photos and use a password that isn't used on any other internet service, your overall risk is pretty low, even in a worst-case scenario." 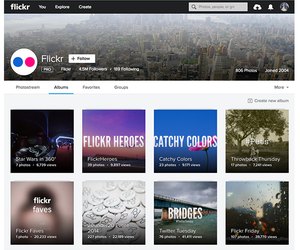 Flickr caters to a diverse crowd of photographers--everyone from snapshot amateurs to pros. Flickr offers a vast panoply of special interest groups, complete with followers, comments, and favorites, a merchandise mart, and a creative commons. 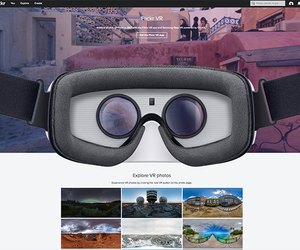 To be sure, some pros consider Flickr in decline, but that may be more a consequence of the demise of the camera industry in general. Less advanced family photographers and iPhoneographers have embraced Flickr; 47 percent of all members used an Apple device to upload photos, and 8 of the 10 top cameras used on the site are various iPhone models.

Flickr's free accounts are ad supported, but you get a full terabyte of space to upload JPEGs, GIFs, and video. Anyone can join and post photos to groups as well as follow, favorite, and comment on other photographers' work. 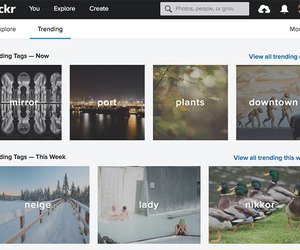 Flickr is a great way to make only your best shots public and keep the rest private (or share with designated users), while still getting the benefit of a community. Flickr's Pro subscription, for $6 per month or $50 per year, offers a variety of additional features, including unlimited storage, a handy desktop uploader, access to improved analytics, software discounts, and an ad-free experience. Pro users get a badge displayed on their accounts.

All photos in one place

Some photographers complained when Flickr redesigned its website to showcase large images in a never ending scroll. However, showcasing images is what Flickr is all about, and the site is attractive and well organized. Flickr makes it easy to organize photos, put them into albums, share them with groups, or just keep them safe from hard drive failure. 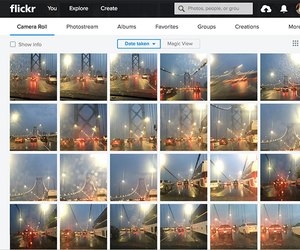 Flickr's communities and groups are still vibrant and active. A spot check reveals a low level of daily interaction, but social networking is what you make of it, and an active community requires a high level of participation and commitment. There are some great photos in the Explore section, and users appreciate the flexibility of being able to post a photo to multiple albums. 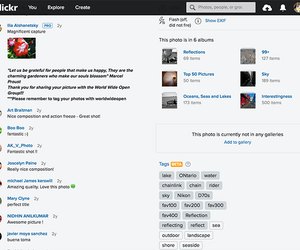 Flickr has added a powerful search tool in the last couple of years that makes it easier to find specific photos, even if they are not named, not in an album, or not geotagged. The Camera Roll's Magic View sorts photos by category (such as landscapes, animals, black and white) using image recognition technology to classify photo content to help make navigating them faster and easier. 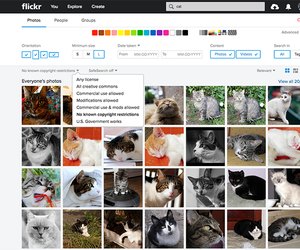 There are many ways to search
credit: Techalla/Jackie Dove

You can also sort by Date Taken to quickly jump through time. Yahoo also automatically tags and categorizes photos, while advanced search options let you filter images by color, size, orientation, and tags.

As you upload original images to Flickr, the service affords ample opportunity to make them look their best. A full set of inline editing tools from Aviary lets you crop and resize, correct exposure, brightness, color, contrast, and focus, add frames, stickers, text, and filters, fix red eye, and more. 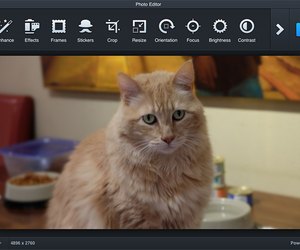 Flickr's interface is highly refined. When you arrive at the site, it opens your latest followed posts and groups. The You menu item opens to your own camera roll, photostream, favorites, groups, galleries, creations, and more. The Explore tab takes you outside your own work to the community's recent and trending photos, world map, creative commons, and 360-degree images. Flickr's Create section lets you use your photos to create wall art, such as gallery canvas wraps, photo mounts, and photo books.

Any photo you shoot is automatically copyrighted, but that doesn't seem to bother the legions of people who swipe images that don't belong to them and use them for their own purposes without credit or payment. Flickr works with the nonprofit Creative Commons to offer various attribution levels for your photos, so you can designate them for public use or limited reproduction. 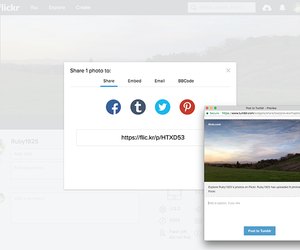 Flickr stores photos at full resolution, unlike some social media outlets like Facebook, which compress images. Originals are not compressed, though if you try to download your photo in smaller sizes there will be some loss of quality. The service does not accept raw photos. 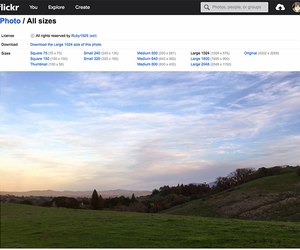 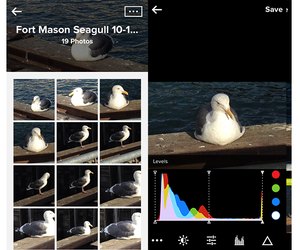 It's not surprising that some people are concerned about the fate of Flickr, especially with its parent company Yahoo up for sale. It's definitely a good idea to have a backup of all your Flickr photos--don't let any site or service be the only place you store your photos.

But for now, Flickr remains a venerable photo community that is worth your consideration—accessible from mobile apps, offering large-scale storage, and providing rare opportunities for social networking around photography as a hobby, craft, and profession. That's pretty hard to beat.

Around The Home
Productivity
By: Jackie Dove

What Are the Advantages of Yahoo?

Around The Home
Entertainment
By: demand86857

How to Get an Image URL

Around The Home
Entertainment
By: Darci Anne Gilbert

How to Download Pictures from Shutterfly to My Computer