If you watch movies from the 1960s, you often see groups of teens gathered around a transistor radio or a portable record player, listening to the latest tunes. It seems almost quaint, now, to think of a dozen people all listening to the same thing instead of their own individual playlists. The switch to personal music was driven in part by new technologies and in part by the mass adoption of headphones. There are multiple headphone jack sizes used on different types of devices, but they have more similarities than differences. 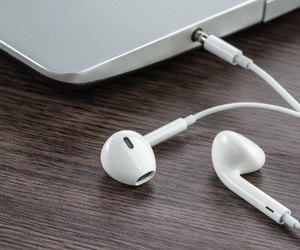 There are three main sizes of headphone jacks if you leave out anything weird and proprietary. The oldest is the quarter-inch size, or 6.5 mm, which goes back a century. It was originally used on old-school telephone switchboards, but it was later adapted for use with audio headphones. The next size down is the 3.5 mm size, the one you see on most stereo headphones or earbuds. The smallest is the 2.5 mm size, which you see used on cordless phone headsets and other electronic equipment.

The most visible difference between the two connections is their size. The 3.5 mm jack is almost 50 percent larger than the 2.5 mm jack, but otherwise, they're similar. You'll also notice that the smaller 2.5 mm connection sometimes has an additional ring. That's an important difference, and it relates to how they're used. The 3.5 mm size has been the standard option for personal audio players since Sony chose it for the original Walkman four decades ago. Smartphones went with the 3.5 mm jack because they were clearly going to be used for personal audio, as well as calls. With that connector, you could switch between regular headphones and your handsfree headset as needed. The smaller 2.5 mm size is used more often to connect headsets to things like landline phones, lightweight two-way radios and video cameras. Those need to put a microphone into the headset, as well as audio, which is why there's sometimes an extra stripe.

Tips and Rings and Sleeves, Oh My!

To understand the difference, take a look at what happens when you connect a headset. When you slide the plug into the jack – properly speaking the socket is the jack, not the plug part – a series of connectors have to make contact. On a mono connection with only one ring around the connector, there are only two contacts. One is the tip, which carries the signal, and the other is the sleeve, which acts as the ground.

To carry a stereo signal you need two audio channels, so a stereo plug has the tip and the sleeve, with a third connection called the ring in between. The tip carries the left channel, the ring carries the right, and the sleeve continues to be the ground. If you have to add a microphone to the mix you'll need another ring, which is why those are sometimes called TRRS jacks for Tip, Ring, Ring, Sleeve. Most, but not all, TRRS connectors put the ground on the second ring and use the sleeve for the microphone.

The location of the ground is important when you're using headsets with and without the microphone connection. If the ground stays in the same physical place – the sleeve of a stereo headset, but the second ring of a TRRS headset – you can switch between stereo and TRRS without creating a short circuit. If you put the ground on the sleeve instead, you wouldn't be able to use a regular stereo headset in that jack.

Increasingly, the whole issue of headphone jack sizes and 2.5 mm vs. 3.5 mm jacks is becoming unimportant. Manufacturers have succeeded in creating smaller and smaller chipsets for wireless Bluetooth communications, which means that even the tiniest of headphones can now connect without any jack at all. The shift to wireless will take several years, though, so until then, it's still useful to know your tips and rings.

Around The Home
Entertainment
By: Aaron King

How to Make Your Own Headphone Extension Cable

Around The Home
Entertainment
By: Arthur Ramsay

What Materials Are Earphones Made of?

Around The Home
Entertainment
By: James B. Jones

How to Connect a Phono Preamp

Differences in RJ45 and RJ48

Around The Home
Productivity
By: Shari Smothers