Tagged Image File Format (TIFF) is a standard, bitmapped graphics file format used in the printing and publishing industry. TIFF was established as a standard method of storing black-and-white scanned documents in 1986, but also supports gray scale, 8-bit and 24-bit color. TIFF has significant advantages and disadvantages when compared with other image and graphic file formats. 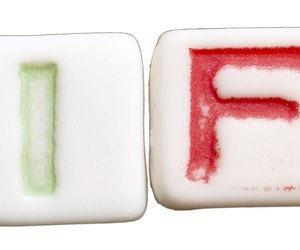 TIFF is a popular file format in the publishing industry.

TIFF is similar to the Joint Photographic Experts Group (JPEG) format, supporting 24-bit color in which the red, green and blue components of each pixel are represented by 8 bits, making a total of 24 bits. Computer users often convert TIFF images to JPEGs because more applications exist that support the JPEG format. The main difference between the two is that TIFF is generally uncompressed, or compressed using a lossless algorithm that retains all the original data, while JPEG images are compressed through disposal of redundant pixels.

Most TIFF file formats are uncompressed and designed to be independent of any particular hardware or software. These characteristics mean that you can resize TIFF images, increasing the number of dots per inch (DPI) without any loss of quality. You can transfer them between computers and from one application to another without loss of quality or any compatibility issues. Almost all image editing applications and many operating systems support TIFFs, so it is often the format of choice for archiving digital photographs.

Although generally uncompressed, TIFF also supports various types of file compression, which is advantageous for conserving storage space when archiving large volumes of data. The TIFF specification defines support for multiple images, so multi-page documents can be stored in a single TIFF file, at any resolution. TIFF is also platform-independent, so anyone can store documents from Macintosh or Windows-based computers using this format.

The principal disadvantage of TIFF is file size. A single TIFF file can take up 100 megabytes (MB) or more of storage space -- many times more than an equivalent JPEG file -- so multiple TIFF images consume hard disk space very quickly. All but the smallest TIFF files are too large to send by email and some applications, including most Web browsers, cannot open TIFF files. Even if you have a browser that can, TIFF files take a long time to open or download, so computer users typically convert them to another format for manipulation or distribution.

The Disadvantages of Lossless Encoding Techniques

How to Compress BMP Files

Around The Home
Productivity
By: Jay Leon

How to Convert JPEG to CDR

How Do I Create a Bitmap?