Bluetooth and infrared wireless technologies are commonly used for short-range wireless communication between electronic devices. Both technologies are effective, but because of their very different capabilities and limitations, they are best suited to very different applications. In most respects, Bluetooth holds a distinct advantage, although infrared continues to be popular in some applications. 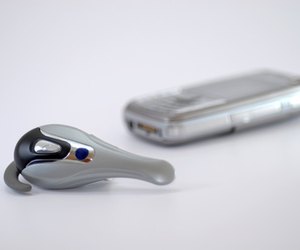 Infrared wireless uses pulses of infrared light to transmit data from one device to another. These pulses are invisible to the naked eye, but can be detected by a sensor in the receiving device. Bluetooth wireless uses radio waves on a particular frequency (2.4 gigaHertz) for data transmission from device to device. Both Bluetooth and infrared consume considerably less power than other wireless technologies.

The effective range for infrared wireless is very short—generally no more than five meters, and often closer to one meter. Bluetooth has a maximum range of 10 meters, which, although twice that of infrared, is still much less than that of other radio-frequency wireless technologies. Bluetooth enjoys a clear advantage over infrared in effective range, but both technologies are useful only for communication between devices in relatively close proximity to one another.

Because it uses light for data transmission, infrared wireless requires a direct line of sight between communicating devices. The receiving device must also be positioned within a relatively narrow cone of coverage in relationship to the transmitting device. Bluetooth, because of its use of radio waves rather than light, is not subject to these limitations; communicating devices can be positioned anywhere within the technology's effective range.

Due to its line-of-sight limitations, infrared wireless is most effectively used by devices that remain close to one another and relatively stationary. One of the earliest uses of infrared was in remote controls for home electronics devices, and that remains a popular application. Wireless keyboards and mice are also common applications. Bluetooth initially gained popularity through its use in wireless cell phone headsets. It is still commonly used in mobile devices, and it is becoming more commonly used in computers and peripheral devices.

The Effective Range of Bluetooth

How to Convert dBi to Km

How to Install a Targus Wireless

Around The Home
Productivity
By: Dean Lee