Features of the User Datagram Protocol

User Datagram Protocol (UDP) is a data networking protocol which has been incorporated under the architecture of the widely-used Transmission Control Protocol/Internet Protocol (TCP/IP). This protocol defines a robust way to transmit real-time data bits (like voice and video) from one place to another in the form of individual datagrams--a data packet which has no acknowledgment features associated with it. 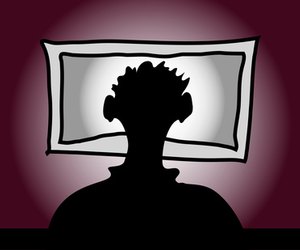 A prominent feature of UDP is its robustness of data delivery over the Internet. This is the very reason why TCP/IP has mainly standardized UDP for real-time data transfer, specifically when it comes to the transfer or reception of voice/video packets over networks. Furthermore, due to this robustness feature, UDP is also used in services and protocols like domain name system (DNS) and dynamic host configuration protocol (DHCP).

UDP is fast, but unreliable in nature. This means when data bits are transferred via UDP, their reception acknowledgment cannot be attained in an automated fashion, unlike TCP. This feature of UDP prevents it from being used for text or character transmission/reception on computer networks.

Data packets, when sent over a protocol like TCP, arrive in an arranged and assembled manner at the receiver's end. This property is also missing in UDP, since it takes no guarantee of transferring data bits or packets in an arranged manner. This can be stated as the very reason behind its robustness, and unreliable transmission/reception.

What Is a TPKT Protocol?

The Advantages of Delta Modulation

How to Make a Computer Untraceable

Around The Home
Productivity
By: Ilya Kovic

How to Hook Up an RF Modulator With DirecTV

What are RAS and IAS Servers?