How Do I Use Greentext on 4Chan?

Greentext is one of the best-known features of the 4chan website, where always-anonymous users tell often-embarrassing stories with unexpected endings through a series of short, not-quite-sentences in green-colored text. As a website, 4chan isn't for the faint-hearted, but it has nuggets of brilliance hiding among the rampant political incorrectness, bizarre (and often pornographic) images and plethora of Pepes. Greentext stories are often hilarious and have a distinctive style that's easy to replicate but difficult to perfect. The first step to telling a good greentext story is learning to produce green text, but it's easy to do. 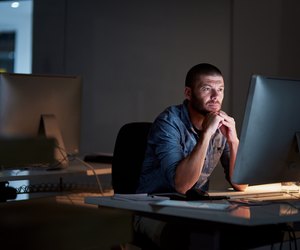 What Does 4chan Greentext Mean?

Originally, 4chan's green text was intended to show a quote of somebody else's comment. The use for quoting is flexible in itself, with users using the quote system to explicitly state what someone is implying, put the emphasis on a particular part of their post, recast their point in an obviously incorrect form, or otherwise use the system to insult the original poster.

Over time, the 4chan website became home to green text that was used to tell stories. Green text is still used for the originally intended purpose, but in practice, green text is usually not a direct quote.

How to Use Green Text

Producing green text on 4chan is easy. Simply type a ">" before your text, and it appears as green. Type the forward arrow before each line and don't leave a space between it and the first word in the line. This is all it takes to make a 4chan greentext story, in principle, although there is more to consider than just the color of the text.

The key features of a greentext story are the green-colored text, the unique construction in which a single sentence fragment occupies each line, and an embarrassing or triumphant ending. If you have a story of extreme social awkwardness, it could probably make a good greentext story.

For example, one greentext story recounts the poster accidentally bumping into a girl who is carrying papers at their university. They bend down and gather up the papers together, and their eyes meet. The poster makes a comment, "It's just like in the movies," and the girl responds, "Yeah, except in movies the guy's attractive."

In greentext format, it reads:

kneel down to help her collect them

"yeah except in movies the guy's attractive"

There are also greentext meme stories, where the story takes an unexpected turn of a particular type. For example, spaghetti stories start off as a relatable story of social awkwardness but abruptly end when spaghetti inexplicably falls out of somebody's pocket. There are also variants of these stories with "Mom's spaghetti" in reference to a line in Eminem's "Lose Yourself." Similarly, some stories end with somebody spontaneously bursting into treats. Like memes, these evolve and take on additional layers of irony over time.

How Do I Make Text Red in HTML?

How to Strike Through Text in Microsoft Outlook

How Do I Create Tally Marks in a Word Document?