How to Add Games on Dolphin

The open-source emulator Dolphin enables computers running Windows and Mac OS X operating systems to play Nintendo Gamecube, Nintendo Wii and Nintendo Wii U games — and the emulator's ability to enhance the performance and visual quality of these games have made it the premiere emulator for these systems. 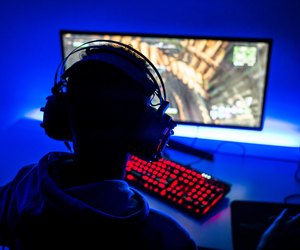 Though it is designed with ease of use in mind, on the Dolphin emulator games must be added to the system menu through a process that can be unintuitive for users new to emulators. Thankfully, games can be added to Dolphin's menu quickly and easily, once they've been downloaded to your computer.

How Does Dolphin Work?

Dolphin, like other game emulators, simulates the operating system and unique hardware of the Gamecube, Wii and Wii U to enable a computer to run software intended for the more specialized console environment. Dolphin works with whole rips of files from a game disc, saved as a .ISO file. When the ISO is loaded, the game data is run through the simulation of the console operating system, to provide an experience that mirrors the experience of playing the game on the original hardware.

Dolphin is a high level emulator, which means that it simulates the functions of the hardware as opposed to simulating each hardware component as its own software process. This method of emulation can be taxing on even a powerful system depending on the needs of the individual games being emulated, which is why Dolphin can struggle to run on lower-powered systems, despite the emulator being designed to run games that are anywhere from five to 20 years old.

Gamecube, Wii and Wii U games run through Dolphin must be downloaded in the form of an .ISO file. Though emulation shorthand calls all game files "ROMs," Wii U, Gamecube and Wii emulator games are too large to be run through the far simpler ROM emulation process – which low-level emulators, like those intended for the Super NES or Game Boy Advance, use to simulate console operations.

Because the games Dolphin is capable of emulating are newer, and many of the titles have received ports or remastered editions published for modern consoles, it can be far more difficult to locate .ISO files for these games. Most ROM repository sites limit the number of Gamecube, Wii and Wii U titles available in an attempt to minimize legal risk – but collections of Gamecube ROMs on Dropbox file databases can sometimes be found online through forum links or other sources. Be sure to use an antivirus system when attempting to procure games for use with Dolphin, unless you're ripping data directly off of your own game discs.

Once you've downloaded your games, in .ISO file form, the process of adding them to Dolphin's main menu is incredibly simple – though it isn't intuitive for some users. First, move all of your .ISO files to a single folder on your hard drive. Next, select the "Config" button from the main Dolphin window. In the popup that appears, select the "Paths" tab, then click the button that says "Add..." Navigate to the folder where you've placed your .ISO files and select "OK," then close out of the Dolphin Configuration window.

Once you've pointed Dolphin to your game folder or game folders, click the "Refresh" button on the main Dolphin window and wait a moment. Dolphin will automatically scan the folder or folders you directed it to, and populate a list of every game file available in those folders. You'll then be able to select and play your games as desired.

How to Use Saves on Dolphin Emulator GCI

How to Convert SFPack to SF2

How to Copy a GameCube CD

How to Install FL Studio Skins

Around The Home
Productivity
By: Austin Kaye-Smith