How to Calculate Amp Hours by Watt Usage

Converting from amp-hours to watts or vice-versa isn't as simple a process as you might think, because they measure different things. Amp-hours measure an amount of current, while watt-hours are a measure of electrical power. However, all you need to do is convert watts to watt-hours, and then you can use a simple equation to convert watt-hours to amp-hours. Before completing the calculation, you need to understand what the terms mean and find out the voltage of the battery. 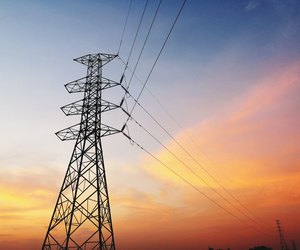 Converting Wh to Watts and Back

Before you can do the main conversion, you need to convert the number of watts your equipment operates at to an amount in Wh. This is easy: Multiply the amount of watts something operates at by the number of hours it operates for. For example, a 60-watt bulb running for three hours equals 60 W × 3 h = 180 Wh.

You can always convert back to W from Wh by dividing the amount in Wh by the number of hours the device was running.

There isn't an equation for amp-hours to watts directly, but with watt-hours, you can make use of the simple relation:

So, to get amp-hours from watt-hours, you use:

Using the example of the 60-watt lightbulb working for three hours from before (180 Wh) and assuming the use of a 12-volt battery, the conversion can be completed.

If you don't want to perform the calculation yourself, you can use an online amp-hours calculator to handle it for you. However, the calculation is straightforward, so you can easily do everything you need on a basic calculator on a cellphone or computer without the need for a specialized tool.

How to Size a Transformer

Around The Home
Entertainment
By: G.K. Bayne

How to Measure mAh with a Multimeter

How to Test a Rechargeable Battery With a Multimeter

Around The Home
Entertainment
By: Kurt Schanaman

What Are the Differences Between an Amp & a Joule?

Around The Home
Entertainment
By: Rachel Greenleaf

How to Calibrate an Ammeter

How to Calculate Radioactive Decay in Excel