How to Deal with Jealous People

Everybody gets jealous sometimes, and that's a normal part of life. But when someone takes their jealous feelings too far, you can end up the target of insults, accusations, and even ridiculous rumors and lies. It can be daunting, especially when more than one person is attacking you. Just remember it's what you have, not who you are, that causes them to act that way. Keep your head up high, and read on to learn how to deal with jealous people: 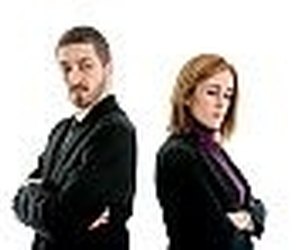 Understand Why They're Jealous

It's impossible to pinpoint the specific trait that they're jealous about, so don't worry about what it is. Instead, understand that their jealousy isn't motivated by you, and it has nothing to do with how good of a person you are. Jealousy is motivated by the desire to possess something that you have - money, an item, or a skill - and knowing that they can't easily have it. It has nothing to do with who you are, rather, what you have, and jealous people will convince themselves that they deserve it more than you; that's what makes you their target. The irony is, if the jealous individual would focus their energy on what it is they want instead of blaming the victim for having it, they'd probably be able to achieve whatever it is they desire.

Yes, it's easier said than done, but if you don't feed in to the jealous vitriol, they'll have nothing to fuel the fire. And while someone who is determined to perpetuate their jealousy will find other things to pick at, if you don't respond, you don't validate their feelings. Nothing sucks more for a jealous person than never getting through to their intended victim. Success is the best way to defeat jealousy, not answering the accusations and giving the jealous person more to feed on.

Offer Them Your Help

Seems a little crazy, but it can - and sometimes does - work. Often times, jealous people liken those they target to being "super human," and think that this is what gives them the object or skill that they covet. If you approach jealous people with a helping hand, they may not only take you up on your offer, but drop the jealous act and befriend you. Of course, sometimes jealous people take this as a jab, so don't be surprised if you get a public response ridiculing you for reaching out, and a private response asking for your assistance.

Sometimes, the only way to escape a jealous person's grasp is to disappear from their sight entirely. This can be difficult if you work together or attend the same school, but it's much easier to pull off online. If you can, change your username and drop the personal details from your website or profile, go private, or leave the sites that you both frequent entirely. While you shouldn't be forced to give up a website you love just because a jealous person can't stop bullying you, sometimes it's the only way to avoid being their target without causing even more trouble for yourself and other members.

Around The Home
Entertainment
By: C.K. Wren

Can Cyberbullies Be Caught?

A Podcast for Self-Proclaimed Food Nerds

How to Find a Person's Last Name

Around The Home
Productivity
By: Rachel Asher