How to Disable Incoming Calls on a Cell Phone

Telemarketers have long been a nuisance to anyone with a phone number. In recent years, though, they've added cellphones to their list, making it tough to avoid. You can turn one incoming call off by rejecting it, then avoid future calls by adding the number to your block list. But if you want to block all incoming calls completely, you'll need to take additional measures. 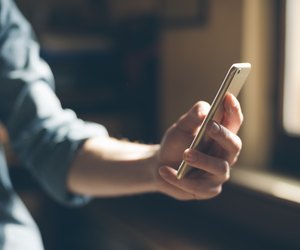 You can turn one incoming call off by rejecting it, then avoid future calls by adding the number to your block list.
credit: demaerre/iStock/GettyImages

Block All Calls on Android

To block all calls on an Android phone, go to your Phone app and select the three dots that appear either at the top or bottom of your screen. You'll then select Settings and Call Settings, then tap on the name of your device. Call Barring will be one of the options and from there, you can check All Incoming Calls.

In some cases, you may want to block only calls from specific numbers, allowing the rest through. This is especially helpful if you find yourself hitting call reject on the same set of numbers all the time. To block specific numbers, go to the number you want to block, select More and tap Add to Auto-Reject List.

Sometimes you simply want to shut off calls temporarily for a while, though. To do that on Android, swipe down from the top of your screen and select Do Not Disturb. If you long tap on that icon, you'll be redirected to the settings area for that feature, where you can set a schedule for calls to stop coming through automatically each day or program exceptions to let some calls through.

If you want to turn an incoming call off on your iPhone, you can select Decline as it appears on your screen. This will send the call directly to voicemail. But to block a number from contacting you again, you'll tap the "I" next to the caller's number in Recents, Favorites or Voicemail, then select Block This Caller.

To block all calls on your phone, go to Settings-Do Not Disturb and toggle the button to the right to stop all incoming calls from coming in. You can also use this screen to schedule calls, texts and notifications during certain hours every day, such as when you're sleeping. To do this, toggle the Scheduled button to the right, then select the hours you want to block calls from coming through.

If you're interested in learning how to turn an incoming call off, chances are you're dealing with nuisance calls. In fact, they've become such a problem for cellphone owners that carriers like AT&T are coming out with resources to help customers block them. The first step, no matter which cellphone you own, is to research any options your service provider offers to keep those calls at a minimum.

Unfortunately, call reject and call block will only help with robocalls to a certain extent. Telemarketers have gotten clever at getting around those filters by faking their phone numbers, coming through with a new one each time they call. One last option is to add your name to the National Do Not Call Registry, which can help reduce the spam calls coming in.

There are some great third-party apps that will help you take charge of your incoming calls. Nomorobo and Hiya Caller ID and Block compare incoming calls to a known list of spammers. While these apps aren't perfect, they can help cut down on the calls you have to endure.

One app that takes spam call reject to the next level is RoboKiller. Like other apps, RoboKiller maintains a database of known spammers, but it has an additional feature that makes it stand out. When a bad call comes in, RoboKiller replies with nonsense that wastes the incoming caller's time. It also will allow you to add numbers that you know are bad to help refine its filters.

How to Forward a Tracfone

How to Block a Number With CenturyLink

Around The Home
Productivity
By: Maya Walker

How to Enable the Ringer on an Avaya Phone

How to Make a Restricted Phone Call

Around The Home
Productivity
By: Louise Balle