How to Fix a Sony Bravia TV That Won't Turn On

You turn on your Sony Bravia TV to start your Netflix binge only to discover that nothing shows up on screen. It can be easy to panic and think it's time to purchase a new TV, however it's likely that your problem can be fixed by troubleshooting the various causes of a Sony TV that won't turn on. Common causes include power and TV input issues. 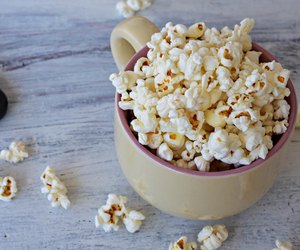 No Power to Sony TV

A Sony Bravia TV won't turn on if there is an issue with the power that is supposed to be coming to the TV. Unplug the power cable from the back of your Sony TV and then plug it back in securely. Plug the other end of this cable into a different outlet and try to turn the TV on. If the power works then you may have an issue with the outlet that you previously plugged it into. If your TV still won't turn on, look on the side of the TV and make sure that the "Energy Saving Switch" is in the "On" position and then try to turn it on again. Not all Bravia TVs will have this switch so if yours doesn't, proceed to the next step. Look for damage to the power cable and if damage is found, consider replacing the cable. Contact Sony to obtain a new power cable.

Sony TV Not Turning On: Inputs

Sony TVs come with several different inputs for HDMI and component devices. Your Sony TV may appear to not turn on if the wrong input is selected on it. The TV is technically on but will show a totally blank screen. You can fix this issue by pressing the "Input" button on your TV or TV remote to switch it to the correct TV input. Cable boxes, DVD players and video game consoles are typically plugged into the HDMI or component input. Press the "Input" button to switch between the inputs until your TV picture returns.

Your screen may be blank or become distorted if the input device's cable has gone bad. HDMI and component cables can go bad if they sustain liquid damage, are bent or become frayed due to a pet chewing on them. Your Sony Bravia will display a "No Input Signal" message if the cable has gone bad. Replace the HDMI or component cable to fix this issue. You can purchase a new cable from most major retailers or can purchase new cables online. If the cable that has gone bad belongs to your cable box, you may be able to get your cable provider to give you a replacement.

Similar to a faulty component or HDMI cable, a faulty input device - such as a cable box - can cause your Sony TV to appear as if it is off. You will generally see a "No Input Signal" message and if replacing the HDMI or component cable does not resolve the problem, then it could be an issue with device itself. Try plugging the input device into another TV to see if it works. If it does, then the issue may lie with your Sony TV. You can try plugging the input device into a different input port on your Sony TV to rule out a bad input port. If it still will not work, contact Sony to see what warranty options may exist for your TV to get the TV fixed.

My Vizio Won't Turn On

What to Do When Your Plasma TV Goes Black?

Around The Home
Entertainment
By: Shawn McClain

How to Fix a Proscan HDTV

Around The Home
Entertainment
By: Martin Wolfson

How to Diagnose TV Screen Problems

Around The Home
Entertainment
By: Richard Bonilla

My Vizio Has a Blue Screen But Doesn't Shut Off

Around The Home
Entertainment
By: AnthonyO