How to Replace the CPU Fan in an HP Pavilion

The HP Pavilion desktop computer line contains a number of quality computers at reasonable prices. These computers use quality parts certified by HP, but unfortunately even quality computer parts sometimes need to be replaced. A computer's CPU fan is a vital component that removes heat from the processor. If the fan isn't able to remove enough heat, the CPU can be damaged. Replacing the CPU fan in an HP Pavilion isn't difficult, and the entire replacement process should take no longer than 30 minutes. 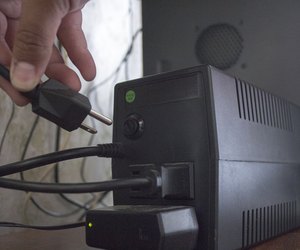 Shut down your HP Pavilion. Unplug it, and then lay it down on its right side so that the left side panel faces up. 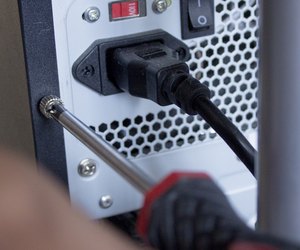 Remove the two screws on the back of the Pavilion that hold the left side panel in place using a Phillips-head screwdriver. Slide the panel back and remove it. 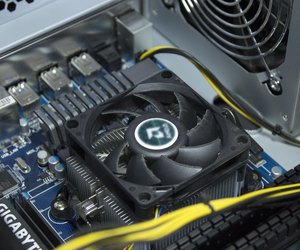 Locate the CPU fan mounted on the CPU heat sink. They likely will be near the center of the motherboard. 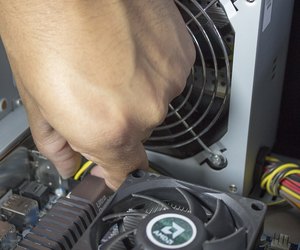 Unplug the fan from the motherboard. Remove the screws holding the heat sink in place and unclip any retaining bars that may pass through the heat sink to hold it in place. If these bars are present, they will clip onto the CPU socket beneath the heat sink unit. 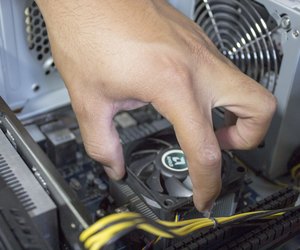 Lift the CPU fan and heat sink out of the computer case. Use thermal paste remover and a clean cotton cloth to remove any silver or black thermal paste residue from the exposed CPU. 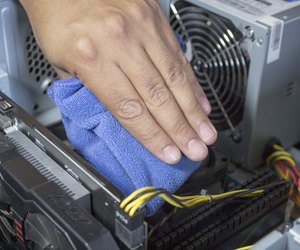 Wipe the CPU with a clean portion of the cotton cloth to ensure that no thermal paste remover is left on it. Apply a small amount of thermal paste to the center of the CPU, leaving a portion the approximate width of a pea on the processor's top. Position your new CPU fan and heat sink over the processor and lower it into place. Rock it slightly in place to spread the thermal paste, then secure it using the screws you previously removed. Attach the heat sink's retaining clip--if one is present--to the CPU socket, and plug the CPU fan into the motherboard. 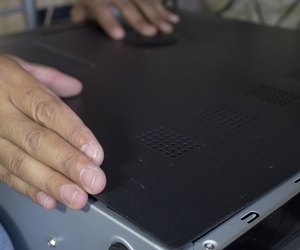 Place the left side panel back onto the computer case, and secure it with the two screws you previously removed. Set the computer upright and plug it in. 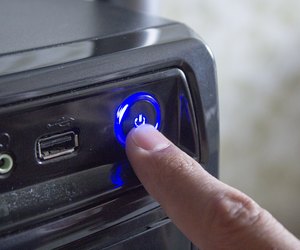 Press the power button to restart the computer. The fan speed will be regulated automatically, depending on the HP Pavilion's needs.

How to Replace a Laptop Fan

How Do I Lower PC CPU Temperature?

How to Test a Laptop Cooling Fan

Around The Home
Productivity
By: Dustin Pitan

What Is the Fan Function in a Computer?