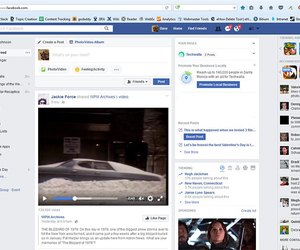 My name is Rick, and I'm a Facebook addict.

Okay, maybe it's not so bad that I need some sort of intervention, but I've been a pretty hardcore Facebook user for as long as I can remember. Not the obnoxious kind, mind you: You won't find my page littered with pictures of what I ate for breakfast, and I never spoil the plot of last night's "Walking Dead."

But there are definitely indicators of addiction, here, something I realized only after I quit Facebook cold-turkey. Which happened on Wednesday, November 9, 2016.

If that date sounds like it should ring a bell, it's the day after Donald Trump was elected president. Now, before you click away in a huff because your politics don't align with mine, please understand I'm here to talk social media, not election results. There's a lesson here for all of us. (Stay with me.) 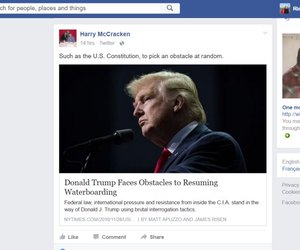 On the day after the election, I was pretty shaken up. I had feelings of fear, uncertainty, sadness, and anger. Even so, when I woke up that morning, I tried to keep it all in perspective, tried to remember that our country is a work in progress and there's still hot coffee in my mug.

Then I did the same thing I did every morning: I got on Facebook. And, oh, the caterwauling. The gnashing of teeth, the wringing of hands, the sharing of doom-and-gloom articles. It was a funeral writ so large, it had taken over my feed. And I honestly couldn't handle it.

So I left. For the first time in literally years, I stopped spending time on social media. And that's when I recognized the extent of my addiction. Because I'd literally conditioned myself to check it constantly throughout the day: while I was working, while I was watching TV, while I was in the bathroom (and, yes, going to the bathroom -- don't try to tell me you haven't done likewise), and while I should have been looking up at the world around me instead of down at a media microcosm.

Yep: It was an honest-to-goodness epiphany. For the first couple days, it took effort to quash the check-Facebook reflex. I realized that while I was writing, I'd pause after every few paragraphs to graze elsewhere, usually Facebook or Twitter. Talk about a productivity-killer! Writing is hard enough without taking yourself out of the zone every 10 minutes. Yet that's what I was doing. I honestly didn't realize it until I stopped.

But there was an even more pernicious influence at work: negativity. Once upon a time, Facebook was just photos of smiling cousins and updates about friends' vacations. Now it's all madness and sadness: people behaving badly, people reacting badly, everyone feeling awful about everything. Trump did this, Hilary did that. Another shooting, another celebrity scandal, another ridiculous urban legend. And, of course, the fake news. And the complaining about news that may or may not be fake. 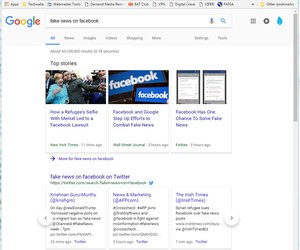 This was my emotional diet, so it's no wonder I'd been feeling so rotten all the time: My brain was bloated with negativism. Every time I looked at social media, dozens of times per day, I got sucked down the rabbit hole of societal ills.

A few days after I quit Facebook, hand to god, I started feeling a lot better. Happier. More relaxed. More in tune with my brain and, more importantly, more in tune with the people I care about. This is what matters: Life. Family. Friends.

Everything else is just noise. Grating, depressing, unnecessary noise.

One day at a time

And I haven't gone back. Social media does play a role in my work life, so I do post updates on occasion, and I check Facebook and Twitter a few times daily to make sure I don't miss any important notifications.

But when I'm tempted to scroll down my feed, I close the app. My brain still instinctively seeks my phone in search of distraction, but now I force it to fire up the Kindle app and read a book. Speaking of which, I've noticed I'm able to read for much longer stretches, and enjoy it a lot more, because I don't feel the tug of social media every few minutes. 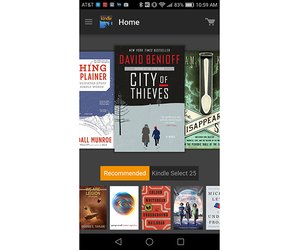 Now that I'm off Facebook and Twitter, I'd estimate I've reclaimed an hour of extra time every single day--maybe more. That's incredible, when you think about it. It's an hour of extra productivity, an hour to hit the gym, an hour to play a board game with your family.

So as much as it pains me to say this... Thank you, Election 2016. Thanks for getting me off social media and giving me a new perspective on life.

Here Are a Bunch of Dogs Dressed as Santa, Merry Christmas

Etsy's Most Adorable Galentine's Day Gift Ideas for Your BFF