Is a Network Cable the Same Thing As an Ethernet Cable?

Computer network operators don't always use the same terminology for the cables that connect the components in their systems. General terms like "network cable" could define many different applications. The term "Ethernet" describes the standard local area network (LAN) access method, but not a cable in and of itself. Any cable that connects this access within a LAN could be called either a "network cable" or an "Ethernet cable" without specifically describing it. 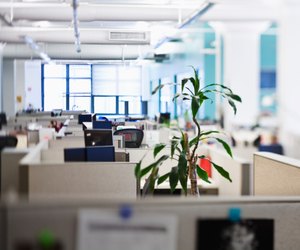 LANs can be large or small. A digital subscriber line coming into your home that has connection ports for four computers makes a small LAN. On the larger end of the spectrum, the entire computer system in the headquarters for a worldwide bank in a 20 story building--including all workstations--makes a much larger LAN. Many of the cables in either situation could be called "network cables" or "Ethernet cables."

The term "Ethernet" implies that the system is wired, as opposed to "Wi-Fi," which is wireless. The "hub" or "switch" at the center of the LAN can be accessed by either. A workstation that needs a "network card" to connect to the system implies that it needs a "network" or "Ethernet" cable to make the connection. All those with a "wireless card" operate without a cable.

Although Ethernet normally runs on two twisted pairs of wires connected with an RJ45 plug, it can also run on coaxial or fiber optic cable. With twisted pair, the signal can only travel up to 328 feet. With coaxial cable, however, the distance increases to over 1,000 feet; and with fiber optic cable, up to six miles. In any of these cases, the cables can be called either "network cables" or "Ethernet cables."

How Do Computer Networks Work?

How to Use a DataShark RJ45 Network Tester Kit

Around The Home
Productivity
By: Ben Brassart