Technology has revolutionized the way we communicate in our personal and professional lives, but it also causes potential problems. Spending too much time online can be socially isolating. Failure to protect your computer from hackers can compromise personal information. Communication technology is a useful tool, but by taking simple measures to protect online security and spending time offline with real friends, we needn't let it dominate our lives. 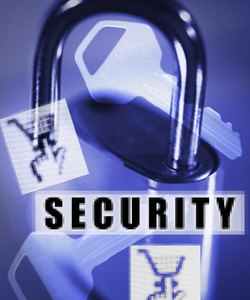 Email, online chat rooms and social networking sites enable people to keep in touch, but psychologists are concerned that the lack of real human contact may have an adverse effect on people's emotional and social well-being. Aric Sigman, an American psychologist and biologist, says that social networking sites foster social isolation and could put people at risk of developing serious health problems. Sigman, in a February 2009 article in "Biologist," the journal of the Institute of Biology, said that the lack of real face-to-face contact fostered by online communication could alter gene functioning, interfere with the immune system, adversely affect arteries and impair mental performance. By contrast, personal interaction has a positive effect on our well-being, Sigman notes.

Cybercriminals exploit communication technology to steal financial information and perpetrate identity theft. They do this by installing illegal spyware on people's computers without their consent, or by exploiting security vulnerabilities on online merchants' websites to steal customers' bank and credit card details. Hackers also send out phishing emails, which direct customers to a bogus website, such as a fake banking website. Viruses and worms cause computers to malfunction, and hackers sometimes use unwitting people's computers to generate spam email. Firewalls, along with software to halt viruses and spyware, help to deter online criminals.

Communication technology is used to store as well as transmit information. By its essential nature, the technology raises concerns about data protection and privacy. State and federal laws govern data protection, restricting access to sensitive financial or medical information to personnel who have a need to know. However, sensitive information stored on a computer can be compromised through gossip, carelessness or by people who have a grudge against their employers.

Children may be computer savvy, but technology also exposes them to a number of risks, including graphic sexual images, sexual predators who solicitor youngsters on chat rooms and through email, and online bullying, particularly on social networking sites. Parents can help keep their children safe by monitoring their online activity and installing software that filters out sexual content and making use of child friendly search engines, such as Surf Safely and Ask Kids. Contact the police if your child tells you that she is being harassed or stalked on the Internet.

Around The Home
Productivity
By: Corr S. Pondent

How to Prevent Cyber Crime