In the area of networking, protocols are defined as a set of standard, pre-determined rules and regulations for computers to communicate with each other. These protocols define how a computer should establish a connection, how it should be addressed, and how it should transfer the data to the recipient. Currently, many networking protocols are used over computer networks for different purposes. Among all of them, IP (Internet protocol) is the most widely used networking protocol in today's networking scenarios. Much of today's global networking scene is based on the addressing techniques provided by IP. 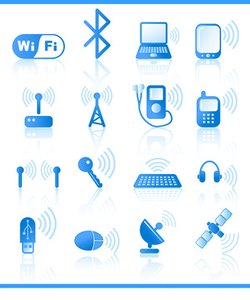 The main purpose of IP is to provide a significant addressing technique to a network and its elements. The process of addressing employs that each node within the network must have a distinct address (or IP address) for individual communication sessions. During inter-network communication sessions, IP is used to provide a single address to entire network as well, which is useful when two nodes from different networks try to communicate with each other. This can be considered the foundation of the "network of networks" that is the Internet.

IP is a widely used protocol in the formation of a heterogeneous, or converged, network. A heterogeneous network is a large set of different interconnected networks, running on different technologies. For instance, IP can effectively interconnect networks like Wi-Fi, WiMAX, Ethernet, ATM (asynchronous transfer mode), optical fiber networks, with each other, forming a global communication interface. This process of interconnection is facilitated by a sub-protocol of IP named ARP (Address Resolution Protocol) or NDP (Network Discovery Protocol).

IP provides a facility to break down a network into multiple segments, so that the maximum number of clients (computers) can be interconnected with each other. This process is known as network segmentation or sub-networking. By segmenting a network, different sub-networks can be created within a single network; a process that can increase overall network security and size, and can significantly decrease network traffic congestion. Furthermore, another major advantage of network segmentation through IP lies in the fact that failure of one client (node) will not affect the communication between other clients.

IP classifies networks into three major classes according to their address schemes: i.e. class A (192.168.0.0), class B (172.16.0.0), and class C (10.0.0.0) networks. Each network works on a different level and contains clients in the form of computers, switches, routers and even interconnected sub-networks. Moreover, IP has fixed the number of clients for each network class; for instance, a typical class C network can facilitate up to 65,536 clients, class B can have over 1 million clients, and class A can encompass over 16 million nodes in a single network.

Routing is the most important requirement of the Internet, which is effectively approached and carried out by IP. Routing involves communication between two different networks through devices called routers, on a shared common link like WAN (wide area network), Internet, etc. These routers are identified by their distinct IP address, which ultimately becomes an address to access a particular network with which a router is connected. In this way, IP helps multiple users, in distinct networks of different cities, countries or even continents, to communicate with each other easily and rapidly.

How to Find an IP Range

How to Connect Computers That Are on 2 Different Subnets

Around The Home
Productivity
By: Debashree Sen

How to Determine Network Prefixes

How to Calculate an IP Subnet Mask

What Are Some Advantages of Subnetting?