You can find a server name from an IP address using the Windows command prompt. Use the nslookup tool to find the hostname from the IP. You can also use open source tools for similar inquiries or do an online lookup. 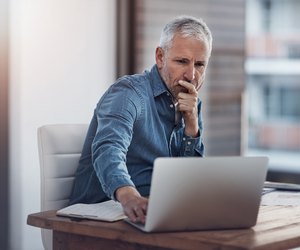 Every computer accessible through the internet has what's called an internet protocol, or IP, address. The address is a numeric string that computers use to route information to the right place.

Some computers also have hostnames or domain names. These are human-readable names that identify a server, such as test123.example.com. A network of computers called the Domain Name System exists to translate between domain names and IP addresses. Your web browser, email program and other tools automatically query DNS on your behalf, and you can make your own lookups using command line tools.

Some computers on a local network have local names or IP addresses that aren't accessible outside a network.

To use the Windows command prompt to find a computer's name from its IP address, open the command prompt by typing "CMD" in the search box on the taskbar or in the Start Menu.

Then, within the command prompt window, type "nslookup" followed by a space and the IP address you're interested in searching. The tool queries the DNS system to find a name for the computer and displays it.

You can also use nslookup to search for the IP address of a given domain name and for other purposes.

Some Whois information about domain names is private to avoid spam.

Another powerful tool is called "Dig." It's an open source tool that you can download for most modern operating systems, including Windows, macOS and Linux. It has slightly different syntax from nslookup.

Many Unix operating systems ship with Dig, as well as a command line tool called "host" that can translate domain names into IPs and vice versa, similar to nslookup.

How to Change Your Local Host Name

How to Find an LDAP Server

How to Use Netstat Commands

How to Enable a WINS Proxy

How to Find a Domain Name on a Mac

How to Find a Computer Name on a Network Using Ping