TIFF is an image file format, variously known as "tagged image file format" or "tag image file format." It's often used for scanned documents and has been around in various forms since the 1980s. It's also sometimes known as TIF format, dating back to the days when file extensions could only have three letters on many operating systems. 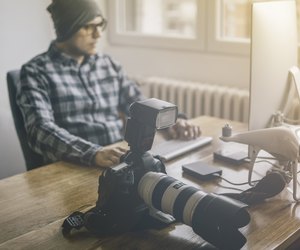 For many applications, there are multiple file formats that can represent the same type of data. Image files are no exception, so it's useful to consider the advantages and disadvantages of file formats for a particular application.

TIFF files are often used for representing scanned documents, including legal documents and ones that will be digitally archived. The format has been around in various forms for decades and is well-specified, meaning that it's possible to open TIFF files with many programs, including free ones. Because that documentation exists, it's a safe bet that it will be possible for future programmers to decipher well-formed TIFF files. Various variations of TIFF files are used in different contexts, like GeoTIFF files that contain geographical data.

The format supports black-and-white, grayscale and color images, depending on what's needed. It also supports multilayer images, which can be useful for compatibility with various photo editing tools like Adobe Photoshop and GIMP. The "tag" or "tagged" in the acronym refers to the ability to add extensive metadata to a TIFF file, which can be useful for archival purposes.

It's also possible to use TIFF files without compression, which can cause a loss of important data.

TIFF isn't always the right format for the job. Web browsers more frequently use formats such as PNG and JPEG, that are more widely used in compressed format, for faster downloading and rendering.

Even though TIFF file formats are carefully documented, some programs can't open all TIFFs, which can be frustrating. The format can also be difficult for programmers to understand, without careful study, if they need to work with it directly.

While TIFF files are often used to store scanned documents, they can't directly store the text content of those documents. That means that TIFF files need to be stored alongside separate text files if they need to be searchable or processed as actual text. Other file formats, such as PDF files, don't have this issue.

TIFF also doesn't have built-in support for passwords or security, which can be a downside in some applications.

Vector formats can be more efficient for some applications and easier to scale to different sizes.

How to Edit CBR Files

EPS to PNG in Photoshop

How Do I Create a Bitmap?

How to Save a GIF File As a JPEG

Around The Home
Productivity
By: Charles Carswell