The Positive and Negative Effects of Social Networking

In 2018, there were more than 3.1 billion social media users in the world, which Smart Insights reports was a 13 percent year-on-year increase. If you've ever ended a new social interaction by asking someone for their Snap or Insta or been overwhelmed by a screen full of notifications, no one needs to tell you about the rampant proliferation of social networking in our day-to-day lives. The constant presence of screens and virtual access to just about everyone we know (and plenty of people we don't know) has a significant impact on the human brain, and we're right at the beginning stages of learning about that impact academically, for better or worse. 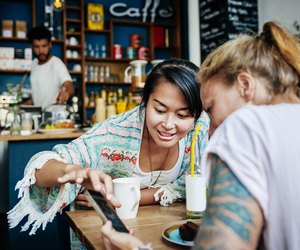 From a strictly scholarly perspective – that is, exploring the issue on a foundation of fact-based research – even a brief survey of the many positive and negative effects of social media tends to lean much more heavily toward the negative side. Among the negative effects, you'll find a commonly recurring theme that seems to be contradictory to the nature of social networking: Feelings of isolation.

Although social media intends to bring us together even when we're not physically occupying the same space, a 2017 study published in the American Journal of Preventive Medicine found that among 1,787 young adults aged 19 to 32, those with high social media usage felt more socially isolated than those with lower rates of usage. The study included common platforms such as Facebook, Twitter, Instagram, Snapchat, Reddit, Tumblr and LinkedIn.

Social Networking May Cause Depression

In a similar vein to the feelings of isolation, a 2014 study in the Journal of Social and Clinical Psychology linked Facebook usage to depressive symptoms. This study delves a little deeper into the impact of social networking sites, in terms of why they might make us feel isolated and, in turn, depressed.

The Journal's study combines numerous cross-gender studies to illustrate the relationship between Facebook logins and depressive symptoms, finding evidence that those who spend a great deal of time browsing Facebook are more likely to feel depressed compared with those who don't. The reason, the research posits, is that people tend to feel bad when comparing themselves to others. Because social media presents an often carefully self-curated look into the lives of others – from cosmetic Snapchat filters to Instagram stories that only show the best parts of a vacation rather than all the behind-the-scenes arguments – the study compares spending time on social media to "seeing everyone else's highlight reels."

Among the myriad effects of social networking online, here's one you may not expect: It might drain your bank account.

While some of the long-term effects of social media may negatively affect your well-being, the act of flipping through your socials provides an instant dopamine hit, making you feel a quick, temporary ego boost. With that hit of ego also comes a reduction in self-control. As Columbia University marketing professor Keith Wilcox tells Today, "Simply browsing Facebook makes people feel better about themselves and momentarily enhances their self-esteem. It's that enhanced self-esteem that ultimately lowers your self-control."

In 2016, British anthropologist and evolutionary psychologist Robin Ian MacDonald Dunbar published a research article in Royal Society Open Scientist exploring how social networking compares to traditional, offline, face-to-face social networks. Dunbar found that, perhaps surprisingly, social media doesn't expand the size of our genuine friends (those we'd consider a sympathy group or those you could depend on in a time of crisis) despite its ability to transcend regional and clique barriers. Regardless of large numbers of followers or connections, the study's respondents report that they only consider about 27 percent of their Facebook friends as genuine. Likewise, across Facebook and Twitter, even respondents with extensive online social networks didn't usually increase the number of close friendships they maintained – just the number of "loosely defined acquaintances."

Dunbar theorizes that "there are natural limits to ... the amount of time we can devote to social interactions" and that those limits apply to both real-world and online social networks, which is why social media doesn't necessarily foster tons of new friendships despite its accessibility and reach. However, because social media does make it easier for us to interact with friends in spite of factors such as distance and scheduling conflicts, Dunbar's study speculates that social media may slow down the natural decay rate of a friendship by helping us keep in contact. Similarly, NetLab surveys indicate that social media improves family life by enabling relatives to stay in touch more frequently. This could ultimately make for longer-lasting friendships and relationships.

Social Networking Can De-Stress You

A 2015 survey of 1,800 social media users conducted by the Pew Research Center in 2015 found an interesting mixed bag of results regarding social media and stress, with a least a little silver lining.

Although Pew's respondents often found Twitter a significant contributor to stress levels via increasing the awareness of other people's stress, longer or more sustained Twitter usage could act as a coping mechanism for women. Men in the study group didn't experience this effect, as researchers characterized their interactions with social media as more distant. In the big picture, the Pew researchers note that social media use is linked to modestly lower levels of stress.

When we think of the impact of social networking sites and apps, it's only natural for our minds to go right to the emotional, mental and social aspects of those impacts. However, outside the personal level, social media has hugely significant effects on the global economy.

Broadly speaking, the existence of social media creates new jobs and helps brands and businesses generate more revenue by expanding the reach of their products and services well beyond geographical borders. In 2018, Ad Week reported that major brands spend about $117.4 billion per year on online media. Big companies spend about $25,000 to $50,000 individually on influencer marketing alone, which is a branding niche that didn't exist before social media, according to ZDNet.

More than that, social media helps democratize the job market and increase transparency. Platforms such as Glassdoor and LinkedIn enable users to easily share information on topics such as salary and benefits along with positive and negative workplace experiences, all factors that were not widely available to the masses previously.

Around The Home
Productivity
By: Sue Jeffels