The Linux operating system is one of the major operating systems used on computers and other devices today. It's probably best known for its use on businesses' computer servers, but different Linux flavors are also used on desktop, laptop and mainframe machines as well as more esoteric devices. Google's Android operating system for smart phones and tablets, as well as its Chrome OS system for computers called Chromebooks, are both based on Linux. Different types of Linux systems are better suited for different purposes. 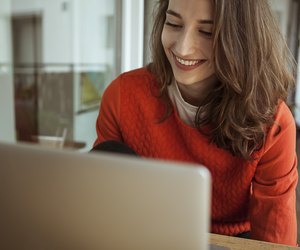 Linux was created starting in 1991 by the Finnish computer programmer Linux Torvalds, who was seeking to build a version of the Unix operating system compatible with desktop computers running on Intel processors. Unix is an operating system initially developed at AT&T's Bell Labs, the phone company's storied R&D unit, in the 1970s, and though the term is still a trademark, it's now often used generically for other systems inspired by and largely compatible with the original Unix.

An early Unix-like operating system called Minix already existed for PCs, but licensing and other issues made it unsatisfactory to Torvalds and the group of programmers around the world who helped to develop Linux. Linux technically refers only to the kernel of the operating system, meaning the inner core of the system that sits between application programs and the computer's hardware, managing memory, processor time and access to the computer's devices.

Much of the other software usually installed on a Linux system comes from the GNU project, developed largely under the aegis of the Free Software Foundation, committed to developing and promoting software that promotes the freedom of its users. Richard Stallman, the Free Software Foundation founder and president, advocates calling the combined system GNU/Linux rather than simply speaking of the Linux OS. Basically, the Linux system provides the operating system kernel, GNU provides many of the application-level tools and, in many modern installations, additional organizations provide much of the other core software running on Linux machines.

Today, the Linux kernel is maintained by numerous developers around the world, many of them employed by software companies that rely on Linux either for internal use or for use in products offered to customers. These developers both make sure the Linux kernel is compatible with a wide range of hardware and introduce new features to boost usability, security and efficiency. The Linux kernel is open source, meaning that anyone can generally use and modify the freely available source code for their own purposes. Much of the other software available for Linux is also available under similar terms, though exact licenses vary. So, make sure you understand the situation around software you install on your personal or business computers.

Since Linux's initial releases in the early 1990s, many organizations have come up with their own bundles of software to complement the Linux kernel. These bundles are known as distributions, and though they were once distributed by compact discs, DVDs or even floppy discs, they're now mostly distributed online.

Distributions often make choices about which versions of what software — including graphical user interfaces, server tools, programming software and end-user applications — will be available and which configurations will be adopted by default. Most include package manager software designed for easily installing distribution-approved software, similar to the app stores now used on mobile phones, though many of the package managers predate iOS and Android.

The oldest actively maintained Linux distribution is Slackware, created in 1993. At the time, Linux itself was new and not fully compatible with all computer hardware on the market, and users were primarily professional developers or computer hobbyists who enjoyed tinkering with the new system. Many older programmers today have fond memories of cutting their teeth on Slackware Linux, struggling to get the system up and running on a spare work machine, college desktop or even a family computer.

Even today, the Slackware interface might be better suited to power users than to those looking for something that just works with a few clicks. The configuration system used to install and maintain the system is based around the command line, not a graphical user interface with mice or touchscreens, and Slackware can require some more manual tweaks to get up and running.

Another longstanding Linux distribution is Debian, officially founded in 1993. It was designed to allow open contributions from the user community and is still maintained by a noncommercial group known as the Debian Project, mostly communicating remotely across the Internet. It contains tens of thousands of packages representing various sets of software tools that can be installed using its package manager tool, known as APT.

In 2004, a South African developer-entrepreneur and his colleagues created the company Canonical, which created its own Linux distribution called Ubuntu, after an ancient African word meaning "humanity to others." Based on Debian, it's available to anyone for free and among the most widely used flavors of Linux. Canonical provides regular official releases of the system and support for interested paying customers.

The Linux Mint system is, in turn, based on Ubuntu. It was created in 2006 and designed to be an elegant and easy-to-use operating system based on Ubuntu. It's gained popularity with many desktop users in particular, both by being simple and by providing various proprietary tools that other distributions omit by default, since they choose to focus on open source software.

Another company behind a popular distribution of Linux is Red Hat, which also got its start in 1994. It took its name from a red Cornell University cap habitually worn by one of its founders when he worked helping fellow students in a lab at Carnegie Mellon University.

Red Hat's core system, known as Red Hat Enterprise Linux, was designed to be a stable, commercially viable distribution, originally sold in stores alongside software like Microsoft Windows and versions of Apple's Macintosh operating systems. It's proven to be a hit among companies interested in a solid and stable version of a Linux operating system.

In late 2018, IBM announced it was acquiring Red Hat in a deal valued at about $34 billion.

A few Linux-based operating systems are developed with security in mind. One is Tails, short for The Amnesiac Incognito Live System. Designed to be run from a USB stick or a DVD rather than regularly installed on a computer, it automatically uses various encryption tools including the Tor network of anonymizing router software to keep user data safe and anonymous. It's designed to leave no data behind on computers unless you explicitly instruct it to do so.

A system known as Subgraph OS is a Debian-derived system designed to be installed on a computer permanently but to use encryption and other techniques to keep data safe. It also heavily restricts what part of the system each application has access to through a technique known as sandboxing that's also commonly used with smartphone operating systems. Subgraph OS is currently in alpha, meaning it's still in an experimental state.

Some Linux distributions are deliberately designed to minimize the amount of system resources they require, making them suitable for use on older and less powerful computers.

Among the most famous of these distributions is Puppy Linux, which is designed to run fast on even slower machines. It's often used from a DVD or USB stick to quickly access a computer in Linux even if it has other software installed. This can sometimes be useful in extracting data or troubleshooting problems on a machine that's nearing the end of its life.

These types of systems can also be used from a bootable drive to let people get a taste of how Linux can run on their machines without replacing Windows or another operating system they're already running.

It's possible to use Linux systems strictly through the text-based command line, and many software developers and system administrators do so when it comes to servers. But when people are using Linux on desktop or laptop environments, they often want to use a graphical user interface similar to Windows or macOS. This makes it easy to access familiar types of software such as web browsers, email programs, multimedia software and word processors.

There are several desktop environments popularly used with Linux. One is GNOME, commonly used on Debian and Fedora systems and designed to be essentially as powerful and versatile as commercial desktop software. The current version of GNOME is GNOME 3, though some users still prefer the older GNOME 2, or a tool derived from it called MATE.

Another popular environment is KDE, which alongside GNOME is one of the longest-standing Linux desktop environments. Newer systems called XFCE and LXDE have also gained fans for their simple and speedy code and appealing designs.

Android, the Google-developed smartphone and tablet operating system is one of the world's most widely used and based on Linux (its operating system kernel is the Linux kernel). But, the rest of the software on an Android phone is often different from that on a typical Linux desktop or server machine, and software for traditional Linux distributions usually can't be run directly on Android, nor can Android software be run without assistance on typical Linux machines.

Similarly, Chrome OS, another Google operating system, is also based on Linux. It's more directly compatible with mainstream Linux software, however, which is easy to install on many Chromebook computers. It isn't necessary to use Linux tools to use a Chromebook, and many prefer simply to use Chrome and other built-in tools on the machines.

How to Start CentOS GUI From the Command Line

How to Reinstall OpenSSH in Ubuntu

How to Switch TTY

Around The Home
Productivity
By: Dennis Costa