What Are the Major Components of a Computer?

Different computers have slightly different hardware and software in them, but the major components of a computer remain the same whether the computer is a desktop in an office, a smart phone in your pocket or a file server in a data center. Those basic parts of the computer are its processor, its main memory, its long-term storage, its input devices, its output devices and the software that it runs. 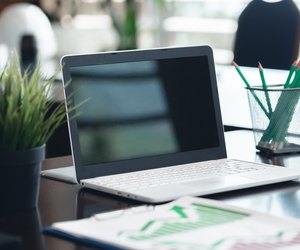 What Are the Major Components of a Computer?
credit: FabrikaCr/iStock/GettyImages

Every computer system includes a processor that performs the actual logic and mathematical operations that make the computer run, and short term memory to store what the computer is working on.

On a modern computer, the processor is usually a chip called a central processing unit, and random access memory that stores data while the computer is on is also built using microchips and circuit boards. The processor is installed on a circuit board called the motherboard or logic board that connects to the other devices in the computer, sending and receiving data and messages.

Different types of processors understand code in slightly different formats, and some are speedier for some tasks versus others. Many computing devices have separate coprocessors and dedicated memory designed for specific tasks, such as the video cards in desktop and laptop computers used for graphics-related computation or the specialized processors in cellphones designed to talk to the cellular network.

Secondary Storage in a Computer

Most modern computers have the ability to store data even when the computer is turned off. For example, if you create a document in a word processor or download a file from the internet, you can rest assured it will still be on your computer after you shut down the machine.

The storage used for this purpose is often called secondary storage. In modern times, it mostly includes hard drives, which store data magnetically on spinning disks, and flash memory, which stores data in reprogrammable microchips. Some storage devices are designed to be removable from the computer and insertable in another, like USB memory sticks.

Input Devices on a Computer

Computers used in specialized applications might be connected to specialized input devices, such as scientific instruments like microscopes or radiation sensors.

Different types of computers have different input devices, and some are limited in how they can be used to control a computer. For example, you may not be able to give a desktop computer commands by speaking without setting up special software, but smart phones and smart speakers are designed to be controlled this way out of the box.

Just as a computer needs a way to get information from the outside world, it also needs a way to send messages to users and others. The devices used for this are called output devices.

Common output devices include screens, printers and speakers. Network cards can also be used to output data from a computer.

Software on a Computer System

It's not included on every computer components list, since some focus on examples of computer hardware, but software is also a critical part of a computer system. Software tells a computer when and how to use each of its hardware components.

Software includes everything from operating systems like Microsoft Windows and Apple macOS to application software such as web browsers, word processors and video games.

What Are Computer Peripherals?

How Does a Computer Process Data?

The Parts of a Computer Network