What Connects Computers & Allows Them to Talk to Each Other?

Computers are designed to appear as one whole device, but are actually composed of several parts. Each component of a computer handles specific functions relative to the whole, such as the hard drive, which stores digital files. Computers use several devices to connect to one another, some internal and others external, forming networks that allow them to send and receive information. 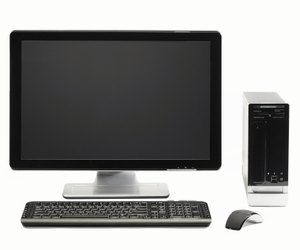 Computers use networks to communicate with each other. 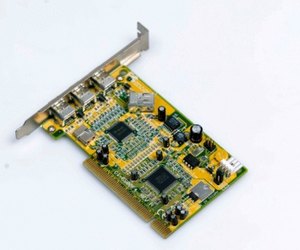 Network Interface Cards (NICs) have circuitry that allows them to send and receive information.

Network Interface Cards (NICs) are one physical component inside computers. NICs have circuitry that allows them to send and receive information to and from other networked devices such as printers and other computers. There are two sets of numbers NICs use to communicate. The first is called a Media Access Control (MAC) address. Think of the MAC address like a person's social security number. It is unique and never changes, allowing one computer to reach another anywhere in the world. The second number is called an Internet Protocol (IP) address. Think of the IP address like a mailing address. When a computer is connected to a network, it is assigned a local address different from nearby computers. When the computer moves, the IP address changes, just like your mailing address changes when you move. 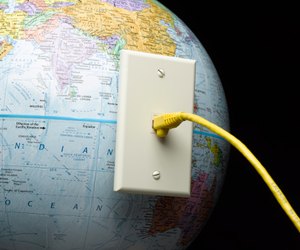 Ethernet cables can connect computers around the world.

Computers connect to one another using cables, in much the same way as telephones. In fact, using a modem and a dial up Internet service provider (ISP), computers can connect to the Internet using standard phone cables. Broadband Internet access (T1, DSL) is so called because it offers significantly faster transmission speeds through the use of Ethernet cables, which are physically thicker than standard phone cables and offer "always on" Internet connections. Ethernet cables are plugged directly into ports on network interface cards. DSL also offers high-speed access over telephone lines. 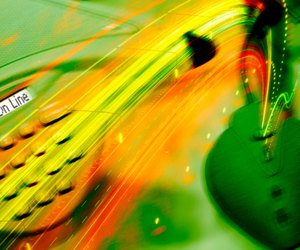 Visualization of computer data traveling through a network.

Transmission Control Protocol/Internet Protocol (TCP/IP) is the backbone of the Internet and the true language computers use to talk to each other. Essentially it's a set of standards for sending information from a computer's network card, through transmission lines to another network card. The computer converts the data into languages we can understand. When things are working properly, the billions of bits of information your computer sends using TCP/IP are invisible. Misconfiguration of TCP/IP is not uncommon, however, and can prevent your computer from talking to others or accessing the Internet. 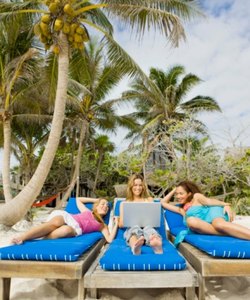 Wi-Fi technology allows computers to connect through wireless networks. This technology is standard issue with laptop computers. Wi-Fi enabled computers use NICs with radio antennas to broadcast and receive networking information and other data through the air. Due to its nature, Wi-Fi exposes your data to greater security risks, because signals can be intercepted by any other radio receiver. The use of passwords and data encryption add a layer of security to wireless networking. Even with Wi-Fi, wires are used at some point to facilitate the transmission of data, typically at the access point. Wi-Fi enabled computers connect to access points or networking devices that collect signals and propagate them throughout the Internet.

Components of a LAN Network

Advantages of the TCP/IP Protocol

Around The Home
Productivity
By: B.T. Alo

How to Use Two NIC Cards in One Computer

Around The Home
Productivity
By: Mikhail Polenin

How Does a Wireless Router Work?

Around The Home
Productivity
By: Amber Keefer

What Is a Ethernet Controller?