What Is a WMV?

A WMV is a video file in the "Windows Media Video" (WMV) format. It is one of the most commonly used and oldest formats available for digital video. WMV files are widely compatible, create relatively small video files and preserve the quality better than many other highly compressed video formats. 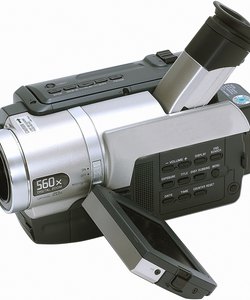 Digital video can be compressed into a variety of formats, including WMV.

WMV as a Container File

WMV typically can refer to both a video codec and a container file, although it most often refers to a container file. What this means is that while the user will see a single WMV file, there are actually three files in use, an audio file, a video file and the container file (the WMV). The WMV tells the video player what format the audio and video are in and how to play both files so they stay in sync. Thus, when the user sees a WMV file, such as video.wmv, there could be any number of different audio and video codecs being used, but any program that plays a WMV will be able to play the file.

WMV as a Codec

The term WMV is often used specifically to refer to the "Windows Media Video" (WMV) codec, a widely recognized video compression format. The role of the codec is to compress the video data into a smaller format and give the video player instructions on how to uncompress the video. It is then paired with audio compressed with an audio codec and put into a container file. For this reason, when the user sees a file labeled video.wmv, it may contain both the WMV codec in addition to the WMV container file. Understanding the different types of codecs is primarily important if you are involved with video editing and encoding and will need to choose the format of videos you create, both on the level of the codec and on the level of the container file.

Despite being one of the older file formats, WMV continues to have advantages over many of the other video formats. WMV files tend to be quite small considering the amount of video information they preserve. Due to the small size, WMV can be used on websites without dramatically increasing load time. In addition, many Windows based programs use WMV videos. Many specialized programs, such as legal display software or early versions of Powerpoint, are only compatible with a few formats, and WMV is often one of those formats.

The major disadvantage of WMV is its compatibility with non-Windows platforms. It is difficult to find Apple or Linux players that are capable of playing WMV files. For this reason, WMV has not become a standard Web format, despite its small size. Most websites will use Adobe's Flash technology, as it is widely available on multiple operating systems. Thus, while WMV may hold some advantage in compatibility with third-party Windows-based software, it lacks the cross-platform compatibility that would make it a more standard video format.

How to Play H.264 in Windows Media Player

How to Play .Mkv Files on a Mac

How to Open an SWF With a VLC

How to Shrink an MOV File Size

Around The Home
Productivity
By: Timothy Machroli

How to Use Vobsub With Windows Media Player

Around The Home
Productivity
By: HilaryPost

How to Convert MOV to WMV With VLC

Around The Home
Productivity
By: Andrew Schrader