What is the Difference Between Analog & Digital Radio? 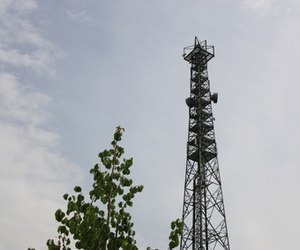 Digital modulation is a new form of radio signal.

Analog broadcasts as a continuous stream of electrical signals that vary in intensity over time. Due to the electrical charge of the signal, analog transmissions are easily interfered with by storms and other natural disturbances in the atmosphere. Still, analog will usually provide some kind of signal, broadcasting at least part of the information being sent, even with interference.

Digital equipment does not send a continuous signal. A digital signal, made up of a mathematical code, is sent in block segments. When a digital signal encounters interference, the entire signal is lost because of the compartmentalized blocks of the digital signal. However, when the signal is present it is easier to tune into than an analog signal due to the mathematical exactness of the broadcast.

Radio stations are working toward converting to a digital signal. When the signal is strong the sound is clear and crisp. If the signal is weak, however, it is likely to be lost completely.

Digital handheld radios struggle to relay quality sound because the digital system cannot distinguish background noise from the sound of a voice, which is a concern for emergency personnel. In a controlled environment like a radio station, sound booth digital signals offer superior sound quality. However, the technology may not be ready for all applications.

While most people consider analog radio signals the "old way," they still offer major advantages over digital. Analog radios can extend their signal range by simply turning up the power, if needed. An analog radio signal can also deliver a true voice, so a speaker near loud background noise is able to be heard and understood.

As digital radios and digital broadcasting are further perfected, the benefits will continue to grow. New features of digital radio include the ability to stop a program and go back and relisten to part of a broadcast. Finding stations will also become simpler as the technology advances. Listeners will no longer have to search for the perfect placement of the tuning dial for the best reception.

The Disadvantages of Digital Broadcasting