Anti-virus applications use a variety of methods to determine whether a file is malicious, from comparing a file's contents against a database of known threats to analyzing the behavior or structure of a program to see if it exhibits patterns commonly found in malware. Generic threats are files that appear suspicious to your anti-virus program but do not match any known threat. An alert from your anti-virus program warning you that it detected Win32 Malware.Gen on your computer, therefore, indicates that a 32-bit file on your Windows PC may be malicious.

The term malware is an umbrella term for any kind of malicious software, from critical backdoor tools that give criminals full control of your PC to less severe threats, such as programs displaying pop-up advertisements at regular intervals. Criminals who create malware applications do so for various reasons, from trying to make a quick buck to simply inconveniencing whoever installs their virus.

Files That Can Contain Malware

Files that can install or run malware on a computer are typically either:

To keep your computer free from malware, avoid opening suspicious files without first scanning them with an anti-virus application or an online file scanner such as VirusTotal, Metascan Online or Fortiguard's Online Virus Scanner. 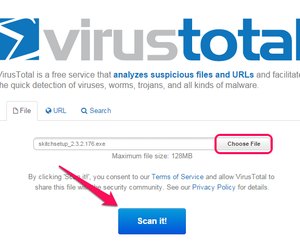 Suspicious files or documents include:

To remove malware from your computer, scan your hard drive regularly with a reputable, free anti-virus program such as Panda Free Antivirus 2015, Avast Free or BitDefender Free Edition.

How Do I Retrieve Files From Avast's Virus Chest?

How to Clean a Virus on a Flash Drive

Around The Home
Productivity
By: Shoaib Khan

How to Tell If RAR Files Contain a Virus

How to Uninstall the Microsoft Malicious Software Removal Tool

How to Find Keylogger Spyware Hidden on Your Computer

How to Fix a Hacked Computer