That annoying echo you sometimes hear in your cell phone, VoIP (Voice over Internet Protocol) connection or land-line phone could have many causes, and there are solutions to get rid of it. Echo is usually only heard by one of the users on the phone call. 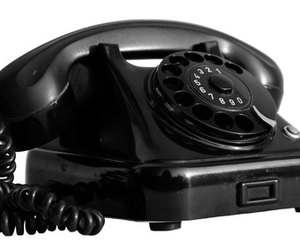 Most telephone companies employ an echo canceler so you do not hear your own voice through the receiver.

Where It Comes From

Line echo, also called hybrid or electric echo, is caused by the phone wiring when the signal is returned to the caller rather than ending with the recipient. This happens because the signals aren't separated properly, the line is "unbalanced," or there is a problem with the line, such as water damage or twisted wire. It can also be caused by network hops, which is when the transmission signal jumps between lines to reach its destination. This causes a delay in the signal, which can create a delay in the side tone, or the transmission of the caller's voice to his earpiece.

How to Fix It

Most phone system operators employ echo cancellation equipment to reduce the possibility of an echo, but there are a few extra steps you can take to eliminate the echo. You can ask the person you are calling to turn down the volume on her phone. You can also hang up the phone and call the person back to get a better transmission. Try taking the phone off the speaker phone setting. Alternatively, try moving from the area where you are experiencing the echo, as it may be caused by sound bouncing off of objects in the room.

How to Cancel the Echo on a Cell Phone

Around The Home
Entertainment
By: Dustin Covert

How to Mute on Your Avaya Phone

How to Tell When the Mobile Phone You're Calling Is Off

What Does It Mean When a Phone Says the Number You Have Reached Is Not Accepting Calls at This Time?

Around The Home
Productivity
By: Damien Richard

How to Adjust the Speaker Volume on a Cell Phone