Watch This Guy Catch Someone's Phone Midair on a Rollercoaster 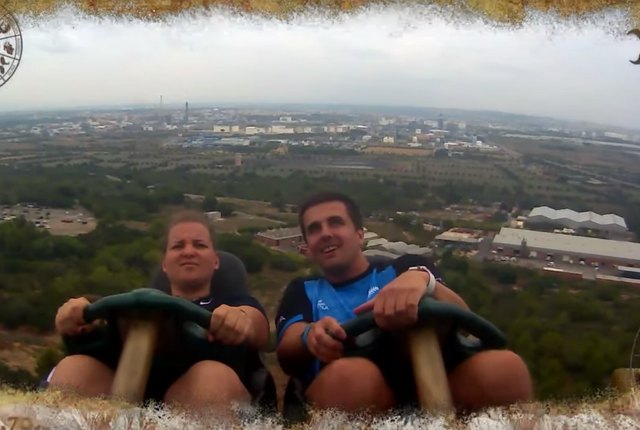 When you drop your iPhone, you know that one of two things will happen—either it'll survive the fall unscathed or it'll crack. But drop your phone from the top of a rollercoaster? Well, you can imagine its fate. Unless, of course, you happen to be riding in front of someone with insanely ridiculous ninja skills.

Samuel Kempf from New Zealand was riding a rollercoaster at Port Aventura theme park in Spain when he saw an iPhone flying through the air. He did what any heroic, tech-loving millennial would do—he reached his hand out and caught the phone before it fell to its demise.

A built-in camera on the ride captured the legendary catch, and Kempf uploaded the video to YouTube.

He spoke to New Zealand news outlet 1 News where he said he returned the iPhone to its owner once the ride was over, and the guy was "super surprised and happy at the same time. He gave me a big hug and said he was going to buy the on-ride video for me."

Here's the video of the catch in all its glory:

Not all heroes wear capes.

Here's Everything Coming to Netflix in August 2018

How to Make a Blurry Video More Clear

Watch This Woman Unlock Her Tesla Model 3 With Her Arm