Computers are general-purpose machines that are designed to follow instructions to complete data processing tasks. Although the specific architecture of different types of computers may be different, all computers accomplish data processing using five basic elements of the computer system: input, output, datapath, control and memory. Each of these elements is associated with one or more hardware devices that are built into the computer or connected externally. 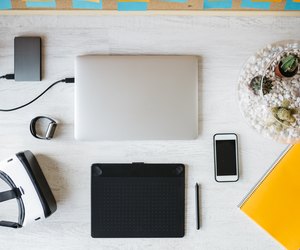 Elements of a Computer:

Communication with the outside world takes place through the input and output elements of the computer system. Data is input into a computer through external hardware devices like mice, keyboards, touchscreens and storage devices. Once data has been processed, it can be converted to a human-readable format for output to devices like printers, displays, speakers or headphones. The computer can also convert data to other output formats, such as electrical signals for controlling automated equipment.

The datapath element is made up of several units that perform data processing within the CPU (central processing unit), which is often referred to as the brains of the computer. The CPU interprets programming instructions and controls internal and external devices. One of the most important units within the CPU is the ALU (arithmetic logic unit), which performs arithmetic and logical operations on data. Some computers have a dedicated graphics processing unit (GPU) to support high-speed display of complex visual images. The datapath also contains circuits and registers that track system states, such as the program counter for the currently executing software.

What Are the Four Components of Computer Processing?

Around The Home
Productivity
By: Comte de Dirac