Can Someone Put Spyware on Your Phone Without Touching It?

Spyware can be installed on a cellphone in multiple ways without the owner knowing it and without another person ever touching the phone. For example, the owner of the device could download an application that secretly contains spyware or viruses. Some spyware can be installed onto a cellphone remotely, over a cellular or Bluetooth connection, or even by a multimedia messaging service message that the cellphone owner opens. 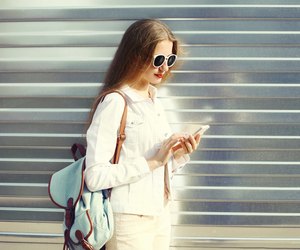 Cellphone spyware is similar to spyware affecting PCs in that it most often installs itself on the device because the user opens a message from someone unknown, or downloads software loaded with spyware. Often, mobile spyware is used by a suspicious spouse or a parent to monitor the activities of a family member. Many types of spyware are also available to allow a person to remotely gain access to sensitive data on a phone and steal a person's identity. In many cases, the owner of the phone doesn't realize the phone has spyware until viewing the phone bill, which shows text messages to unknown numbers. Sometimes, a phone infected with spyware will behave strangely, such as the battery draining quickly or the screen flickering, according to a January 2011 article by the AARP Bulletin.

Many smartphone owners who download applications to their Android mobile device or iPhone don't realize that some of these apps are infected with spyware. In June 2010, SMobile Systems released a report showing that about 20 percent of the apps available in the Android Marketplace contained software that allowed a third-party to access to sensitive and private information about the device owner. About 5 percent of the apps could place calls to any phone number, and about 2 percent could send text messages to a premium number, incurring excessive charges, according to a Cnet article.

Clicking on a link in an MMS message can also cause spyware to be installed. In February 2011, the National Computer Virus Emergency Response Centre of China reported the existence of the Spy.Felxispy spyware, which targeted devices running the Symbian operating system. Once the users clicked on the MMS message, the spyware would turn on the conference call feature of the device, while also turning on the phone's speaker to monitor sounds. It would also forward text messages the user received to a monitoring phone, according to a SecurityWeek article.

Law enforcement organizations sometimes use spyware to perform electronic surveillance on suspects. In December 2006, Cnet reported that the FBI had remotely installed software onto cellphones owned by a New York organized crime family. The spyware activated the phone's microphone, transmitting audio of conversations to investigators, without the need to gain physical access to the devices, Cnet reported.

What Is a Phone Creeper?

How to Know if Someone is Listening on Your Phone

How to Detect Listening Devices on Cell Phones

Around The Home
Entertainment
By: Catherine Chase

How to Tell If Someone Is Hacking Your iPhone

How to Know if There Is Spyware on Your Cell Phone

Around The Home
Entertainment
By: Jackie Bailey

How to Block FlexiSPY on My Cell Phone

Around The Home
Entertainment
By: Jane Buchanan