The camera is among the most important of technological inventions, taking various forms and serving countless purposes. Cameras actually predate photography, since early cameras were able only to reflect an image where it could be observed or traced by hand. Modern photography arrived in the 19th century and has continued to evolve into the digital age. 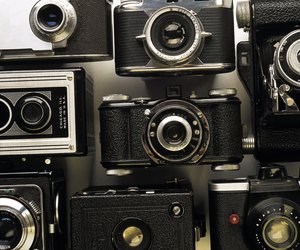 Facts About the History of the Camera
credit: Comstock Images/Comstock/Getty Images 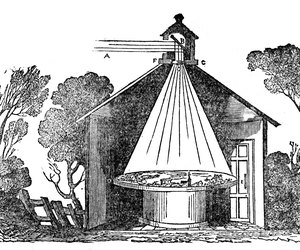 As early as the 11th century, the idea of the camera was already being developed. Working in the region that is modern-day Iraq, inventor Ibn al-Haytham made notes about a camera obscura, which used a lens to focus light inside a dark box. An image of whatever the lens was pointed at appeared on a paper surface inside the box. The optical property behind this phenomenon is the same for any type of camera. The earliest cameras were essentially optical toys, as the simple reflection of an image was something most people had ever seen. The development of modern photography, however, had to wait for other advancements in the fields of chemistry and optics.

In the 13th century, English scholar Roger Bacon adapted the camera obscura to produce the first pinhole camera, which admitted light through a tiny hole rather than a glass lens. Bacon's version brought the optical principle to Europe, where photography would eventually be born. Throughout the 17th and 18th centuries, European scientists continued to work on developing the camera obscura into something more useful. Pinhole cameras made of wood and metal were constructed, and more elaborate mechanisms for focusing the light entering the camera were employed. Experiments were conducted using photosensitive materials to produce photographic images that would soon fade into nothing but indicated that capturing an image was, in fact, possible.

The Birth of Photography

Niépce's View from the Window at Le Gras, made in 1826 or 1827
credit: Rebecca A. Moss, Coordinator of Visual Resources and Digital Content Library, via email. College of Liberal Arts Office of Information Technology, University of Minnesota. http://www.dcl.umn.edu

In 1827, French inventor Joseph Niépce produced the first permanent photograph by using a silver-coated plate of his own design in a wooden box camera produced by Charles Chevalier. Niépce's first photograph was a street scene shot out of a window, since the length of time needed for a photographic exposure was far too long to capture subjects in motion. Jacques Daguerre, another Frenchman, developed a process that used copper plates to record an image, and daguerreotypes quickly became the preferred photographic medium for portraits and other subjects. Other processes that used different chemical elements to produce an image, including some that could be tinted or record a partial color spectrum, were also used, though the cameras themselves remained largely the same.

Cameras in the 20th Century

In the late 19th century, the development of roll film revolutionized cameras. Introduced by George Eastman through his company, Eastman Kodak, roll film allowed for the development of small, inexpensive cameras that were affordable for the masses and simple to operate. Photography became a middle-class hobby rather than a luxury reserved for the elite and practiced by trained professionals. Roll film also spawned the development of a host of camera types, including movie cameras, single-lens and twin-lens reflex cameras and range-finder cameras. By midcentury, electronic components were added to most cameras to allow for light metering, automatic exposure control, and even automatic focusing on some models. Point-and-shoot cameras, with fully automatic modes, first appeared in the 1980s. 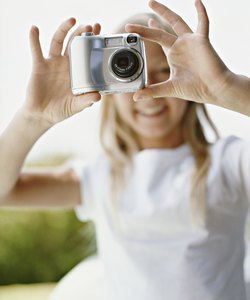 Prototype digital cameras, which used an electronic sensor instead of film to record an image as a digital file, were first built in the 1970s. Optically they resembled their film-based predecessors, but internally the mechanism of mirrors, lenses and shutters for exposing the film to the image properly was replaced by an electronic system for sensing color and light and producing a set of data that could be used to reproduce the image for display or printing. Digital cameras became available on the consumer level in the 1990s and surpassed the sales of film cameras in the early 2000s. Today digital cameras are available in consumer and professional models and are integrated into other devices such as laptop computers and cell phones.

The History of Computer Scanners

What Is a DSP Camera?

Around The Home
Entertainment
By: Harvey Spector

Why Is the Camera Important?

Around The Home
Entertainment
By: Patrisha Kichline

Around The Home
Entertainment
By: DanH