A programmable logic controller, or PLC, is a device that monitors computer processes by viewing inputs to a system and turning on or off the outputs based on a set of instructions programmed using one of five PLC languages. PLCs are most often used in situations in which applications with electrical controls require too much monitoring of inputs and outputs to control with timers alone. Learn more about the five types of PLC languages to select the right one for your needs. 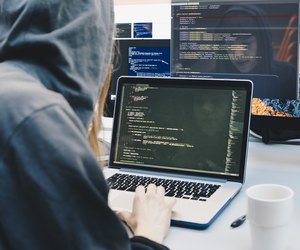 Ladder diagram (LD) is a type of PLC programming language. It is also known as ladder logic. LD is a visual programming language, so it is easier to learn than other PLC languages. LD adheres to the IEC 61131-3 standard for programmable logic controllers, which means it is officially recognized as a programming language all over the world. With LD, you program by combining symbols to perform specific actions. LD is one of the most popular types of PLC programming languages because it is known for being intuitive, having good debugging tools and good representation for discrete logic. One major disadvantage of the LD programming language is that it is considered to have poor data structure because data is not well organized. For example, it is possible to create variables in the language that have overlapping memory locations, which can lead to unexpected problems.

Sequential function charts (SFC) is a PLC programming language that allows the programmer to code in chronological order. The specific code is a sequence of actions that are separate programming objects. Like the ladder diagram PLC language, the SFC language is graphically oriented. SFC has the benefit of being relatively easy to understand because you can visualize what is happening and when it is happening in the procedure of the code. Only the active parts of the SFC code are executed, which makes it easier to troubleshoot and change the code if problems occur.

Function block diagram (FBD) programming language was created to improve on problems with textual programming and the older ladder diagram programming language. It is a graphical language that drives data from inputs to outputs by sending these through blocks of nested data. The basic elements of FBD programming are identifiers, keywords, data types and variables. FBD allows you to view the system that you are programming in terms of the flow of signals between the elements that are being processed. You can describe control loops and logic with FBD in ways that you cannot with other PLC languages. Like the ladder diagram PLC language, FBD is recognized by the IEC 61131-3 standard for PLC.

Structured Text is another of the types of PLC languages, and it is entirely text-based. Unlike LD and FBD, ST resembles programming languages like Basic and Pascal that use If-Then-Else, While and Repeat statements. Therefore, if you have programmed in languages with these statements, you will be comfortable using ST for PLC. ST is also typically easier to understand for both novice and experienced programmers as the If-Then-Else statements make it clear how the program works and why certain functions occur.

Instruction List PLC programming uses mnemonic instructions from ladder diagrams and sends the instructions to the PLC via a programming terminal. IL is different from the other graphical PLC languages in that it is not graphical and instead is a series of text instructions. It is similar to assembly language programming. If you have programmed in assembly language, IL may be a perfect choice for you. IL is known for executing quickly due to having low overhead. The major disadvantage of using IL programming is that the language is not as common as other PLC languages.