How to Connect a TV Antenna and Cable to a Television

Cable providers offer lots of channels, but they aren't always the ones that are local to your area. For that, an antenna's better, but the antenna alone won't give you the variety of programming you get with cable. The best bet is often to have both cable and an antenna hooked up to your TV at the same time. There are several ways to do it, depending on the inputs on your TV. 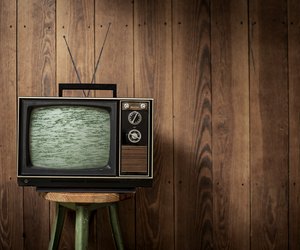 With an Antenna Connection

If your television has a regular cable connection and a separate antenna connection, hooking up both of them is straightforward. If you have a separate cable box – or a satellite set-top box, for that matter – connect the incoming cable to the set-top box and then connect from there to the cable input. If your cable goes straight to the TV without a set-top box, attach it directly. Then take the antenna cable and attach it to the antenna input. If the Antenna In input is a regular coaxial connection like the cable connection, you can run a regular RG6 cable right from the antenna to the TV. If it's an older-style screw terminal, you need a small adapter to make it fit. To finish your TV antenna setup, choose "Antenna" from your TV's input menu and then have it scan for channels. Do the same with the cable connection, if you haven't already. Once the scans are done, the antenna and cable are ready to use.

Without an Antenna Connection

The situation is more complicated if you don't have a separate antenna connection. It's also more variable because there are lots of ways to work around that lack. If you have a set-top box for your cable, for example, it might have an input on the back for an antenna. Better yet, it probably has a choice of outputs ranging from the traditional coaxial cable to component video out – the red, green and blue connectors – to HDMI or digital fiber. You can choose one of these more modern outputs to connect your cable signal to the TV and then use the old-school cable connection for your antenna. Alternatively, if your TV doesn't have a built-in tuner that can work with the digital high-def signal coming from your antenna, you might need a set-top box for that. In that case, you keep the cable signal running into the cable input and connect from the antenna's set-top box to a different input on your TV.

If you don't have a set-top box for either your cable or your antenna, you'll have to work a little harder. One option is to use a signal splitter/combiner to take your cable and antenna inputs and combine them into a single feed you can attach to your cable input. That's worth a try if you have a splitter lying around, but it's not ideal. Wherever an antenna channel overlaps with a cable channel, they'll interfere with each other, and you'll get a poor picture. It's better to use an A/B switch, which lets you use them one at a time. You can even find A/B switches with remote controls, so you don't have to get up and manually switch from cable to antenna.

If you want to connect your TV antenna setup to more than one TV, that makes things even more complex. You could use a splitter/combiner to join it with the cable entering your house and then send both sets of signals to all your TVs, but the signals will interfere with each other just as they would on a single TV. It's usually best to run two sets of cables: one for the antenna and one for the cable itself. It might not be that much of a problem, depending on where you want to watch the channels from your antenna. If all you need is feeds for your two main TVs, for example, that's only a bit of extra work. You can put an indoor splitter where the antenna cable comes in and run the extra cable through your house, or you can put an outdoor splitter on the antenna itself and run the cables into your house at separate locations. Doing it outdoors is more work, but you have less cable to hide or neaten up inside the house.

How to Combine Multiple TV Antennas

Around The Home
Entertainment
By: Joan Greylord

How to Install a TV Antenna Booster

How to Use a Cable Splitter

Around The Home
Entertainment
By: Wolfram Donat

How to Use an HDMI Switcher

Around The Home
Entertainment
By: Kate Evelyn

How to Connect Dual TV Antennas

Around The Home
Entertainment
By: Chris Moore