How to Downgrade Java

Oracle recommends every computer have the latest version of Java. Without it, you could be at risk for a security breach. That said, occasionally you may come across an application that requires an older version of Java, which means your only option is a Java rollback. The best thing to do in that situation is to try to find an alternative application, but if you have no other choice, you need to download the older Java Mac or Windows versions. 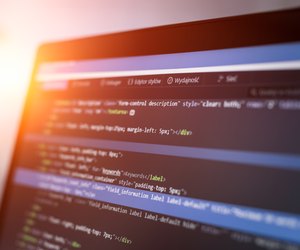 How to Downgrade Java

Before you downgrade Java, Oracle recommends first removing all older versions from your computer. After you do that, go to Oracle's Older Java Archive, where you'll see a list of download files. When you click on a file, you are directed to a page where you can get Java for Mac, Windows or Linux. Oracle recommends reporting the need for an older version to the developer of the application requiring it because it puts your device at risk.

In some cases, you need to downgrade Java has to do with an update that wreaked havoc with your system. Maybe it's incompatible with something else you're using, or perhaps there's a bug that Java hasn't fixed yet. You can do a Java rollback in this instance by uninstalling the update. In Windows, go to the Control Panel and choose "Apps." Scroll down until you see the update on the list. From there, you can uninstall it. Only install the most recent version. If an older version is installed, leave it in place. If you have a Mac, go to your Finder. Choose "Go," followed by "Utilities." Click on "Terminal" and copy and paste the following commands:

You can also uninstall Java using the Java uninstaller tool that available at the Java website. Once you remove Java, find the most recent version before the problematic one on Oracle's website and install it.

If you're experiencing a problem with Java, it could be that you have older versions residing on your computer. Instead of a Java rollback, make sure you have only the most recent version. If you find old versions, Java for Mac owners need to either enter commands into the terminal or use the Java uninstall tool. If you have a Windows machine, though, you can go to "Apps" in the Control Panel and uninstall all but the most recent version from there.

How to Create Java Projects With Xcode

Around The Home
Productivity
By: Michael Dominick

How to Install an Older Version of Java

How to Un-install Launcher on an Android

How to Change From German to English in Windows 7

How to Fix a "JVM terminated. Exit code=13" Error in Eclipse

How to Install a Jar File

Around The Home
Productivity
By: Joanne Mendes