How to Install an Older Version of Java

Java has been one of the world's most-used programming languages ever since it was released in 1995, and it shows no sign of slowing down. Currently owned by database giant Oracle, it's the ultimate cross-platform software: It's on everything from your computer and phone to embedded smart devices. Like most other software, it requires regular updates to fix bugs and address security flaws, but occasionally – for a variety of reasons – you might want or need to install an older version. 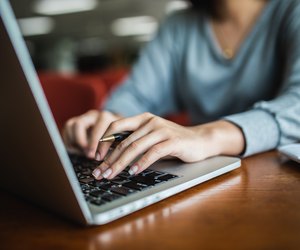 Java has been one of the world's most-used programming languages ever since it was released in 1995, and it shows no sign of slowing down.
credit: Watchara Piriyaputtanapun/Moment/GettyImages

A Brief Explanation of Java

Java itself is a programming language, not a product, so when you install it on your computer, what you're installing is the Java Runtime Environment. Usually abbreviated as the JRE or Java RTE, it's a sort of mini-operating system that provides everything a Java program needs to run.

Your operating system serves that role for most software, but the whole point of Java is to work across all platforms regardless of their OS. This way, developers can write one version of a program, and it'll work on any device as long as it has the correct version of the Java Runtime installed.

Reasons to Roll Back

The most typical reason for wanting to run an older version of Java is that a recent update has broken one of the programs you use on your computer. Java is designed to be backward compatible, meaning older software should usually run on newer versions of the platform, but it doesn't always work that way.

Professionals and serious hobby programmers – or anyone working toward becoming one – may occasionally need to dig deeper into the archive of old Java versions to find one that runs a specific vintage program. Downloading multiple older versions is also a useful way to follow the evolution of the code over time as a learning tool. Whatever your reasons, installing an older Java version is straightforward.

If a recent update has caused you problems, reverting to a previous Java version is surprisingly simple. Open Control Panel on your computer – how you do that varies depending on your Windows version – and choose Apps on a Windows 10 machine or Programs and Features on Windows 8/8.1. Select the most recent version of Java from the list and uninstall it. That's usually all you need to do, and your computer reverts to using the most recent version that's still installed.

Alternatively, you may want to uninstall every version of Java and start fresh with a clean slate. Start by clicking and uninstalling each version of Java that's on your machine. Then go to Oracle's Java download page to choose a new one.

When you go to the Java download page, it detects the type of computer and browser you're using and automatically gives you a link for the current Java 64-bit or 32-bit version that matches your OS and browser. Of course, the current version, in this case, is not what you want. There's a link in the sidebar "for all Java versions," but that's misleading: It takes you to the download links for other current versions of Java but not to older versions. For that, you must search out the Java Archive on Oracle's website.

You need to set up a free Oracle account before you can download the software, but you can find Java versions in the archive going all the way back to the beginning. If you want a Java Version 7 download, or even a Version 1.1 download, it's there. These links are provided primarily for developers rather than end users, so your download includes the Java JDK – Java Developer's Kit – as well as the Runtime.

A Couple of Cautions

Bear in mind that security fixes are one of the main reasons for Java updates, so running an old version means you're more vulnerable to malware and hackers. If you reverted to an old version because the new one breaks your programs, the next release usually fixes the problem, so for security reasons, you should install it promptly. You can always uninstall it again if the problem recurs.

If you're installing one of the historical versions to experiment with or learn from, you might want to run it in what's called a "virtual machine" or VM. This does exactly what you'd think: It sets up a whole virtual computer running under your current OS but isolated from the rest of your computer. That way, if you run into any security issues with the old version of Java, they're isolated to the VM and can't usually crash or compromise your main working machine. For home hobbyists, VirtualBox and VMware are the usual options for this.

How to See the Update History in XP

Around The Home
Productivity
By: Christopher Kennedy

How to Run a Python Script

Around The Home
Productivity
By: Mike Heldar

Around The Home
Productivity
By: Joshua Benjamin

How to Uninstall DirectX 11

Around The Home
Productivity
By: Thomas King

How to Go Back to a Previous Version of Internet Explorer

How to Remove Quickbooks Updates