How to Make an LED Dimmer

LEDs cannot be dimmed like light bulbs, by simply varying their input voltages. Instead, the current running through them must be directly controlled either by a resistor placed in series with the LED or by more advanced methods like constant current regulators. Since LEDs lack a steady internal resistance, they tend to draw more current than would otherwise be sufficient for adequate lighting. As they glow brighter, their temperature increases and further decreases their internal resistance, potentially leading to a runaway thermal cycle which ultimately destroys the semiconductor. It is for this reason that a driver circuit is almost always necessary. Fortunately, solving the problem of regulating current to an LED will also provide a reliable dimming method. 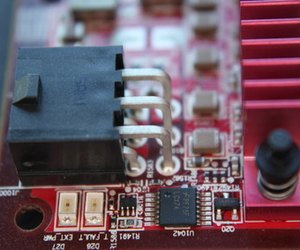 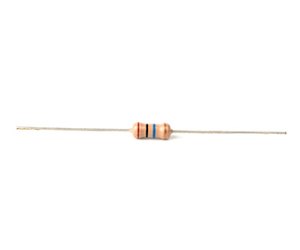 Typical size of a 1/4 watt resistor, through hole type

Calculate the resistor values. If using a 9 volt battery and driving a 20mA LED the formula volts / amps provides the resistor value. 9 Volts / 0.020 Amps = 450 Ohms. To determine the power requirements for the resistor use the formula P = I^2_R, or in other words power equals the current, in amps, flowing through the circuit, squared, multiplied by the resistor value in ohms. In this particular case, P = 0.02A^2_450 Ohms, which equals 0.18 Watts. 1/4 Watt (0.25 Watts) resistors are a common type and will be more than adequate. 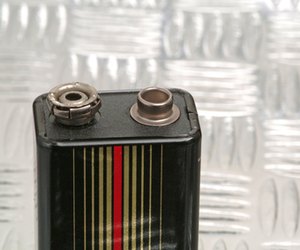 Strip back about 1/8 inch insulation from each of the two 9-volt battery terminal wires with the wire strippers. Also prepare several lengths of jumper wires, cutting them to an appropriate length and pre-stripping the insulation from the ends. This will come in handy later. 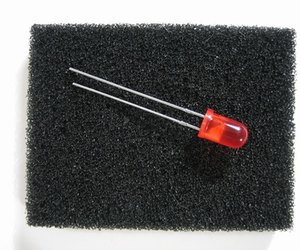 The different length leads of the LED indicate the polarity of the device.

What is an Ohmic Resistor?

Around The Home
Productivity
By: Lenny Drew

How to Make an LED Light Blink

Around The Home
Entertainment
By: Mark Stansberry

How to Test if 1.5v Batteries are Still Good

How to Use a Photodiode