Mac OS X comes with an application called Disk Utility in the "/Applications/Utilities" folder. Use Disk Utility to format, partition or do a low-level format of attached hard drives. Low-level formatting is rarely necessary but is useful to ensure that information stored on the hard drive is permanently deleted and irretrievable. 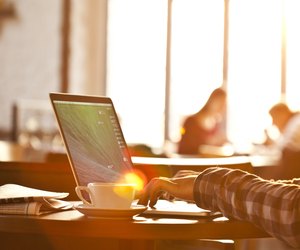 When a disk is reformatted using the standard method, a directory holding information about the location of files on the drive is erased, but the files themselves aren't affected. Once this directory is erased, the drive marks the space still holding these files as available for writing future data. Over time, the existing data on the drive becomes irretrievable, but this doesn't occur until it's overwritten. A standard disk erase is therefore an insecure method of erasing a drive.

Disk partitioning is the level beneath drive erasure. A partition is the container on a drive within which information is written. Partitions create drive volumes; a single physical hard drive mechanism can have multiple partitions, each of which appears as a separate hard drive on the operating system. Disk Utility can repartition a drive, either by adding new partitions or by deleting the existing partition and creating a new one. Deleting and creating new partitions overwrites not just the file directories but also the underlying structure of the disk, so this a lower-level formatting of a drive. However, it doesn't explicitly erase existing files on disk, which can still be recovered by advanced drive rebuilding techniques.

Disk Utility offers four different types of disk erasure, each with an ascending level of security. A standard erase is the basic insecure method; this is called the fastest erase in Disk Utility. The next level is a zero-write, which writes zeroes over the entire hard drive. The next is a Department of Energy DOE-compliant secure erase, which writes random data twice over the entire drive, followed by a zero-write. Finally, the most secure option in Disk Utility is the Department of Defense DOD-compliant erasure, which overwrites the drive seven times. Extremely sensitive disk recovery equipment can sometimes recover magnetic data that has been overwritten once, therefore the more secure methods write over the data extra times.

How to Low-Level Format

Double-click the Disk Utility application in your "/Applications/Utilities" folder to open it. Click on the drive in the list of available drives in Disk Utility. Click on the "Partition" tab and delete the existing partitions; you're warned that this will delete the data on this drive. Create new partitions as necessary; most drives are formatted with a single partition. Then click on the "Erase" tab, followed by the "Security Options" button, if you wish to use a secure erase method. Click the kind of erasure you want to use, and then click the "Erase" button.

How Long Does it Take to Wipe Your Hard Drive?

Around The Home
Productivity
By: Shaun Helsom

How to Format a Disk With a Command Prompt

How to Format a USB Flash Drive on a Mac

How to Remove Encryption Partition on Kingston Flash Drive

How to Scrub a Computer Hard Drive

Around The Home
Productivity
By: Andrew Hazleton