The Difference Between a Passive Object & an Active Object in UML

The "Unified Modeling Language," or UML, is a language designed to show how software is organized; engineers can use UML to diagram the flow of information in a program, allowing them to better understand how it can be simplified or changed. When modeling information flow, UML distinguishes between "active objects" that can initiate that flow, and "passive objects" that cannot. 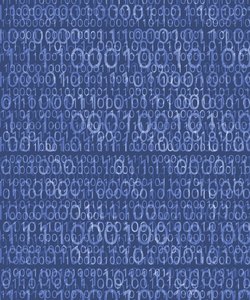 UML helps simplify the representation of the internal logic of a program.

When it comes to so-called "object-oriented" programming, computer science differentiates between an "object" and a "class." A class is a generalized description of a set of things—such as variables or methods—whereas an "object" is an "instance" of that class, with its own unique properties. Think of classes as a blueprint or a template; in the physical world, "writing implement" might be considered a class, with "pen" or "orange crayon" examples of "objects" of that particular class type.

UML preserves a similar distinction between classes and objects, and they are represented in the same way; UML classes contain broad descriptions, and UML objects contain specific values that represent instances of those descriptions. Formally speaking, therefore, an "active object" in UML is any instance of an "active class," and similarly a "passive object" is an instance of a "passive class"—in a theoretical sense, you could consider these terms to be essentially interchangeable.

What Is an Assignment Statement in Java?

How to Draw Triangles in Java

Around The Home
Productivity
By: Luc Braybury

The Advantages & Disadvantages of the Overloading Method in Java

Around The Home
Productivity
By: David Weinberg