What Are the Benefits of Formatting a Hard Drive?

Over time, a computer's hard drive may experience malfunctions due to wear and tear, viruses, or programs that cause system conflicts and bog down the PC. To help maintain and resolve performance issues, reformatting the hard drive on a yearly basis is advisable. It's also a good idea to take several precautions to wipe a hard drive, so that personal and private data will not be recovered, especially if an older computer is sold or discarded. 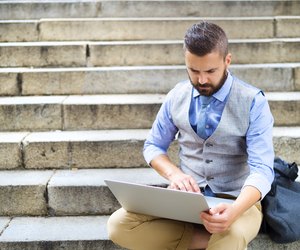 A computer hard drive is a mechanical device that's designed to manipulate and store data. System crashes can occur if the devices become worn or malfunctions. To extend the lifespan of the device, the user should take steps to protect the components and use care when operating the computer. Performing tasks such as backing up and defragmenting the hard drive to prevent data loss should be performed on a regular basis.

To prevent future system crashes and extend the life of a computer, use methods that will improve the performance the hard drive. Several precautions to safeguard personal and private information from unscrupulous individuals should be undertaken. There are several ways to extract credit card numbers, social security numbers, banking and medical information from hard drives. Keep in mind, when a computer user deletes a file and instructs the recycle bin to empty, performing this task will not permanently erase the file data from the hard drive. To permanently delete or wipe files, an effective way is overwriting the stored data files, and re-magnetize the hard drive to scramble the data.

After formatting a hard drive and reinstalling the operating system, software program conflicts or glitches should disappear, and the computer's performance will improve significantly.

How to Copy My Operating System to a CD

How Does Formatting a Hard Drive Increase Computer Performance?

How Do I Clean Up My Computer Before I Return It?

Around The Home
Productivity
By: M.L. Browne

Around The Home
Productivity
By: DustinThornton

How to do a Compaq Presario Recovery Without a CD

How to Format a Laptop Step-by-Step