What Is the Purpose of Microsoft Windows?

Microsoft Windows serves as the core of most of desktop and laptop computers, with around 90 percent running some version of the operating system. At its most basic, Windows offers a platform for other programs to run. Microsoft has built on this platform over the last three decades, adding in more elaborate user interfaces and features that make the computer it runs on more powerful and easier to use. 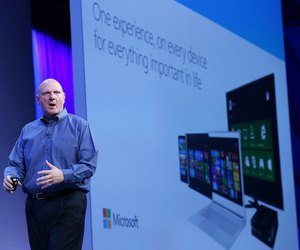 The Function of Operating Systems

All operating systems, including Windows, serve as a base for computer programs to work off of. The OS controls the system's hardware, making it so internal components and peripherals work across all programs. Operating systems also function as launchers and file managers, providing a way to open programs, organize documents and transfer data. All programs tie into the OS in order to run, so each system has its own software -- you can't run a program designed for Windows on a computer running Mac OS X.

Microsoft released the first version of Windows in 1985 as a graphical interface for computers running MS-DOS. Windows made it easier to use computers by providing intuitive menus and buttons in place of requiring text commands to run programs and manage the system. Windows also made it possible to keep multiple programs open at the same time. This era of Windows as a DOS interface lasted through the release of Windows 3.1 in 1992.

Windows 95 marked the first version of Windows to move away from relying on MS-DOS -- for the first time, a user could avoid ever accessing a command prompt. 95 also introduced the Start menu, which became a staple of the system. Though Windows went through many stylistic changes and functional improvements, its basic appearance and operation remained the same through Windows 98, Windows ME, Windows XP, Windows Vista and Windows 7, as well as business-oriented systems including Windows 2000.

With the release of Windows 8 in 2012, Microsoft dramatically changed the system's appearance, adding a full-screen interface featuring tiles and apps with the intent of immersing users in online activity. Microsoft used this new aesthetic to unify its products, providing similar layouts on touch-based Windows tablets and phones as well as on the Xbox 360 and Xbox One game consoles. On PC, the desktop interface remains as an option for running traditional programs.

How to Run a CD From the Start Menu

Around The Home
Productivity
By: R.L. Cultrona

How to Reboot Windows CE

How to Restore Default Registry Settings

Around The Home
Productivity
By: Michael G. Sanchez