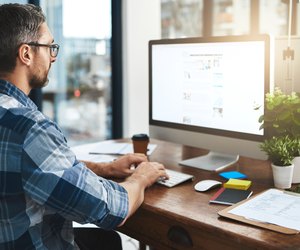 Advantages of the Unix Operating System

The Unix operating system and its relatives such as Linux and OpenBSD have been used to control computers for decades since the system emerged from AT&T's Bell Labs research and development operation. The Open Group now holds the Unix trademark and the right to certify different operating systems as a form of Unix, though other standards such as the Institute of Electrical and Electronics Engineers' POSIX standard indicate systems that have features similar to those first developed through AT&T's Unix.

Unix has largely been used for high-end computer workstations and servers, such as those used to serve pages on the World Wide Web and provide support to online applications. Apple's macOS is technically an Open Group-certified variant of Unix.

Many operating system researchers, including some of Unix's developers, have sought to state the advantage of the Unix operating system over the years. Among them is a philosophy of developing the system to contain many small, modular programs that can be easily and predictably joined together to process data. There's also an emphasis on simplicity and providing components that work consistently and, should they fail for some reason, do so quickly and with clear indications of what error has occurred.

The Unix philosophy also emphasizes transparency and extensibility, which in many cases includes making the full, human-readable source code of many programs available to users to read or even alter as need be. Unix programs and operating system components also often come with exhaustive digital manuals, collectively called man pages.

A Wealth of Experts

The sheer longevity of Unix and its offshoots also means that one of the advantages of the Unix operating system is that it's easy to hire experts who can work with operating systems or find documentation when a problem arises with a Unix system.

While Unix is widely used in the world of computer servers, it's not for everyone. Consumer-oriented Microsoft Windows has consistently proven more popular for desktop computers, although Unix variant macOS and similar Linux-based operating systems such as Ubuntu and Google's Chrome OS have some market share.

Unix is largely designed around the text-based command line, where simple programs are chained together to process information in ways that can be confusing to users who are more accustomed to controlling systems with mice and touch screens. Its emphasis on concise output can also be confusing or intimidating for new users.

Modern versions of Unix do have graphical interfaces, but with the exception of macOS, these often aren't as polished as many users might be used to.

Additionally, much common software is only available for other operating systems, which can make using Unix and its variants a problem for people who need to use such software, from video games to commercial business tools.

Multiple operating systems can be classified as Unix, even though they work on different hardware and use different underlying code. It is more useful to pick a particular variant such as Linux that works based on a single core set of code than to attempt to run systems or develop programs based on all the Unix systems.

How to Start CentOS GUI From the Command Line

How to Find a Server's IP Address

How to Open XSD Files