Why Is Silicon Used for Most Computer Chips?

Computer chips require precise regulation of voltage to manipulate data. According to the Cornell Center for Materials Research, silicon is ideal for this because it can be made into either an effective insulator or a semiconductor, both essential for controlling electrical current. It is also one of the cheapest materials with this ability. 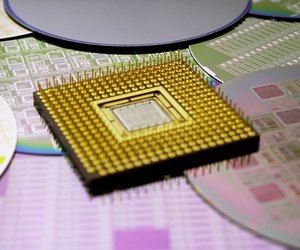 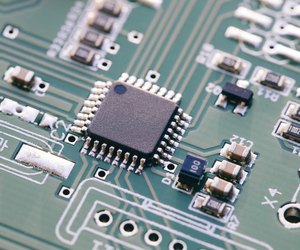 Chip components require two types of semiconductor, each with different conductive properties. Silicon can easily form the basis of either. According to semiconductor producer, Process Specialties, silicon's crystalline structure allows it to take on other materials in a process called "doping" that fine tunes it to the necessary conductivity depending on the type of semiconductor required. 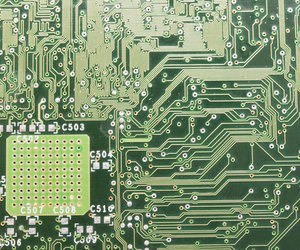 With a modified version of the doping process, silicon can also be made into silicon dioxide and used as an effective insulator. All About Circuits states that insulators are key ingredients in transistors, which themselves are essential components in all computer chips. 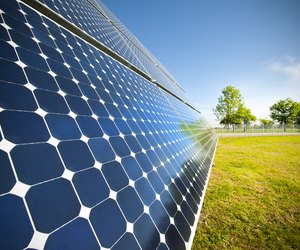 Solar panels as an example of the cost efficiency of silicon
credit: Guenter Guni/iStock/Getty Images

The JRank Science Encyclopedia points out that Silicon is the second most abundant material in the earth's crust. This makes it inexpensive and readily available. 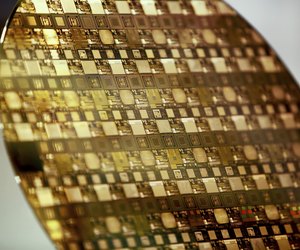 Silicon also remains very stable after the doping processes. This permits manufactures to produce materials, be they semiconductors or insulators, that are very reliable.

The Disadvantages of Compression Molding

Around The Home
Entertainment
By: Lewis R. Humphries

Around The Home
Entertainment
By: Dianne Christensen

Around The Home
Productivity
By: S.L. Stoddart

Around The Home
Entertainment
By: Herbert Harris