Best Place in the Home for a Wireless Router

A wireless network takes considerably less time to install than a wired network, but it is not necessarily simpler. The location of a wireless router and its receiving devices can have a major impact on network performance. A wireless router needs to be placed in a location where it can communicate with networked devices without signal degradation caused by interference, distance, or signal-impeding materials. There are three main considerations to keep in mind when selecting a location for your wireless router.

The simplest way to optimize signal strength to all the computers in your network is to place the router in a central location between all of the devices that will be using the router. A central location is also usually distanced from the exterior walls of a house which can block signal movement. Try to place your router so that it is equidistant from all of the receiving devices. 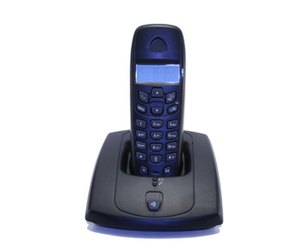 Wireless phones and their base stations can impair wireless network performance.

Many devices run on the same 2.4 GHz frequency as your wireless router. If these devices are located near your router or computers, they can significantly diminish signal strength. Wireless phones operating on the 2.4 GHz frequency can be particularly troublesome. Upgrading to 5.8 GHz wireless phones can solve this problem. Microwaves are also known to cause programs. If you notice wireless data transfers slow or stop when a microwave is running, try repositioning your router so that your microwave is not directly between the router and a receiving device. While placing your router, consider that large metal objects such as filing cabinets can also block router signal.

Other routers broadcasting on the same channel or a neighboring channel can also interfere with your network. If you know that a neighbor also has a router, try setting your router and all its devices up as far from your neighbor's router as possible. Alternatively, you can adjust your router settings so that you are broadcasting on another channel, at least two channels away from your neighbor.

How to Increase Wireless Bandwidth

Around The Home
Productivity
By: Steven Symes

Advantages & Disadvantages of Using a Repeater

How to Minimize Packet Loss on a Wireless Network

How to See Who's Using Your Wireless Router