Hard disk drives are a vital component of a computer and, without them, many computer configurations would not work. They are the unique repository for non-volatile storage in a computer workstation or a server. Although drives are built differently for a server than for a client workstation, the technology is similar. Drive performance has improved enormously since the first one was produced in 1979, and they are more efficient than when they were first manufactured. 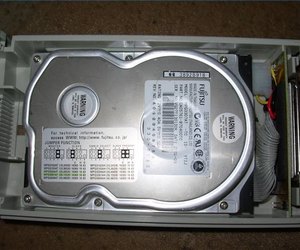 A hard disk drive is a nonvolatile computer storage device that can be mounted inside a computer or server, or connected externally via a USB or IEEE1394 (FireWire) port. They can also be connected via Ethernet as a network device. It is used as the primary storage device for a computer system. 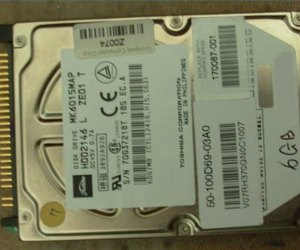 Hard drives used to be restricted to a few megabytes of storage in 1980 and were slow by comparison. These first small hard drives were unreliable as data storage devices and were usually mounted inside computers. Now there are drives of one or two terabytes in size (a billion times larger) mounted in computers and are just as accessible as external devices. Hard drives are faster and more efficient and definitely more reliable. Other techniques for preserving valuable data have emerged like RAID and other forms of redundancy with hard drives in servers and data centers. These have taken the reliability of hard drives as a storage medium to a new level. The first hard drive was built in 1979 and was 8 inches. A year later, it was shrunk to 5 1/4." In 1984, it was 3.5," and 2.5" drives were introduced in 1988. In 1993, 1.8" drives, which were the beginning of storage for PDAs and iPods, were introduced. They later shrunk to 0.85." 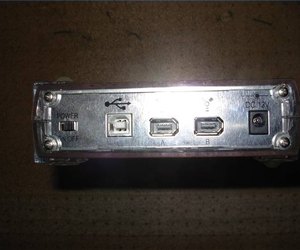 There are two main types of hard drive: mechanical-magnetic and solid-state. Solid State Drive (SSD) uses nonvolatile or volatile solid-state memory to store persistent data and is based on either nonvolatile memory or volatile memory, instead of spinning platters and mechanical-magnetic heads found in conventional hard disk drives. With no moving parts, a solid state drive eliminates seek time, latency and other electromechanical delays and failures associated with conventional hard disk drives. Mechanical-magnetic drives use a technique called "caching," where a part of the information is temporarily stored to make the bit retrieval faster. These types of drive are usually classified by their interface standard (which defines the methodology for exchanging data between computers and hard drives). IDE, SCSI and SATA are the three most common forms used today. 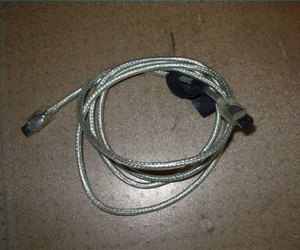 Drives are connected internally in a computer or a server on the main data bus, depending on type, with either an IDE or a SATA connector. The IDE is a 40-pin ribbon cable, and the SATA connector is a four-way red wire. The third technology is SCSI (Small Computer System Interface), which connects internally with a 68-pin ribbon cable. Lately, iSCSI has been used to send SCSI commands over IP networks to control storage. This has turned out to be a very efficient system for long distances. External hard drives can easily be hooked up via USB or IEEE 1394 ports (FireWire.) The transfer speed for IEEE 1394 is 400 megabits per second on a PC and double that on a Mac. There is also a device called an eSATA that permits speeds as high as 3.0 Gbits per device for data transfer from an external device. 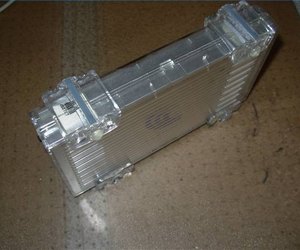 External 3.5 Inch Drive Caddy, connectable to any computer system via USB or IEEE 1394

Although a computer boots from firmware that is stored in chips on the main board, with very few exceptions, it is the hard drive that spins up and provides the operating system that forms the base for all the software on the computer to be able to work. Also, the hard drive is the primary means of storing documents and other data for later retrieval. On a PDA or a portable music player such as an Apple iPod or a Microsoft Zune, although the operating system is frequently stored in the firmware chips, the data and any music and video files are stored on the hard drive. Even a device such as an Amazon Kindle or iRex iLiad book reader device has an internal hard drive that stores the books. On a server, the hard drives are somewhat different since they need to be more compact. Also, several hard drives can be mounted together in a RAID (redundant array of Independent disks) configuration, which means that when one fails, it can be immediately replaced with no down time or data loss.

For mechanical-magnetic drives, the data transfer rate of a low-end drive is between 44.2 MB and 74.5 MB per second; higher-rated systems range from 74.0 to 111.4. When hard drives were first built, they could only achieve about 40 kilobytes per second. "Seek time" is the time it takes to access the data stored on a drive or to write it. This varies from 5 milliseconds for server drives at the top end of performance to 15 ms for miniature drives. Typically, a 3.5 inch desktop drive's seek time is about 9 ms.

How to Reset a WD Drive

What Are the Functions of a Pen Drive?

Around The Home
Productivity
By: Shaun Helsom

How to Find Out the IP Address of a Network Drive

Around The Home
Productivity
By: Chris Shore