How Does a Computer Network Hub Work?

A network hub is a networking device that connects to one or more equipment. For example, a computer can connect to a server, printer and another computer through a network hub. It is useful in sharing of resources and broadcasting data it receives. It helps connects these devices together without having to connect to each other directly. There are three types of network hubs: Passive Hubs, Active Hubs and Intelligent Hubs. 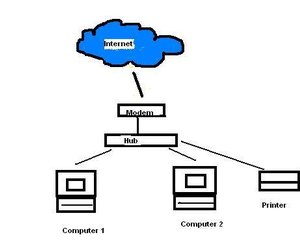 How Does a Computer Network Hub Work? 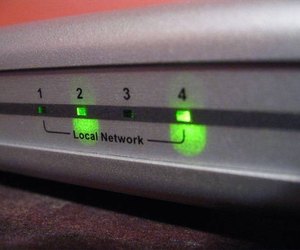 One of the types of a network hub is the so-called passive hub. It's a pass-through that does not do anything more than just broadcast signals it receives through its input port, then sends it out through the output port. It does not do anything to regenerate or process the signals because it only functions as a connector of different wires in a topology.

An active hub works more than just a connector but also regenerates the data bits to ensure the signals are strong. Another name for an active hub is a multiport repeater. It provides an active participation in the network aside from acting as an interface. It participates in the data communication, such as storing signals received through the input ports, before forwarding them. It can monitor the data it is forwarding and sometimes help improve signals before forwarding them to other connections. Such a feature makes troubleshooting of network problems easier.

An intelligent hub can perform everything that the passive hub and active hub do, and help manage the network resources effectively to ensure that the performance of the network is highly efficient. An intelligent hub can help in troubleshooting by pinpointing the actual location of the problem and help identify the root cause and resolution. It is very adaptable to different technologies without any need to change its configuration. The intelligent hub performs different functions such as bridging, routing, switching and network management.

Network hubs come in different speeds, also known as network data rate or bandwidth. There are older network hubs that offer 10 Mbps speeds, then later in 100 Mbps. In bigger networks, it may be necessary to use a dual speed network hub, which comes in both 10 and 100 Mbps in order to provide connection points for computers or printers that are running 10/100 Mbps.

In a home office or small business, one can use a smaller network hub that usually comes in four or six ports. Before buying a hub, take into consideration how much equipment needs to connect to the network hub.

Setting Up a Network Hub at Home

Get an Internet connection from an ISP (Internet Service Provider). After your Internet connection is installed, you can connect your network hub into the modem by using a network cable (Cat5 or RJ-45). Then you can connect one more cable to the NIC (Network Interface Card) of your computer; doing the same with other computers or printers that need to be in your network. If you have a wireless network, you can get a wireless hub; just make sure your hub has enough number of wireless ports available for every connection.

Around The Home
Productivity
By: Abraham Robinson

How to Install a Network Switch

Around The Home
Productivity
By: Grant D. McKenzie

The Difference Between SONET and SDH

Around The Home
Productivity
By: Alliene Turner