PABX, also known as PBX, is short for Private Automatic Branch Exchange. Essentially, a PBX is a telephone switch used by organizations and businesses. This device functions in the same manor as a traditional telephone switchboard but is scaled down to accommodate business settings. 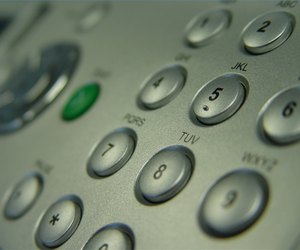 A PBX allows a company to create its own in-house phone network. This simplifies dialing and calling within the organization, enabling re-routing of calls to different extensions.

Although PBX devices have traditionally been hard-wired, many systems have switched to IP-PBX. This advancement uses VOIP technology to send calls over the Internet, making the PBX system virtual. The advantages of a virtual PBX based on a computer include more advanced features and a platform that is easy to customize.

With IP-PBX, phone extensions can be created anywhere there is an Internet connection. Using wireless networks, additional offices and lines can be added quickly without the physical limits imposed by traditional phone lines. Virtual PBX systems typically cost less than normal setups.

Whether a business uses a traditional hard-wired PBX or upgrades to IP technology, the basic function remains the same. When an incoming call arrives, it's routed through the central control station. Each incoming call is assigned a code. Because a PBX is equipped with multiple lines, it can handle and sort several incoming calls at one time.

The PBX is programmed with extension numbers corresponding to every phone used in the building. The device can "switch" or transfer incoming calls to any of these lines based on its unique number.

Typically, a PBX operator answers all incoming calls with a greeting. Some systems feature a recorded message for this purpose. When the caller indicates her desired extension, the PBX makes the switch and stands by for the next call.

How a PBX Telephone System Works

How to Program a PBX

Around The Home
Productivity
By: David Curtis

How to Install a PBX Phone System

Around The Home
Productivity
By: ChanelA

How to Set Up Avaya Voice Mail

Around The Home
Productivity
By: Christell York

How to Set Up a Phone System With Extensions

How to Troubleshoot a Nortel Network Phone

Around The Home
Productivity
By: MelissaL