How to Configure CIFS for Windows

The Common Internet File System, or CIFS, Protocol is used by Windows and other operating systems to enable file sharing on a network. Documentation for other operating systems often refers to CIFS; however, in a Windows environment, it is usually referred to as the Server Message Block, or SMB, Protocol. This is because CIFS is a dialect of the SMB protocols most commonly used in Windows networks. Because SMB/CIFS is enabled by default, you should normally be able to configure it simply by enabling file sharing on a Windows computer. 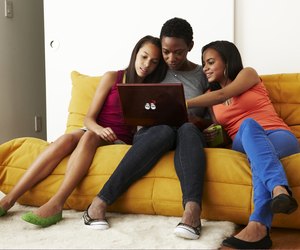 People are working on their computer.
credit: Chris Clinton/Photodisc/Getty Images

SMB/CIFS has evolved over the years in Windows computers. Older computers, like Windows XP, used SMB v1/CIFS. Windows 7 computers used SMB v2/CIFS and Windows 8 computers use SMB v3/CIFS. SMB v2 and v3 both use encryption and other security features to prevent eavesdropping and are compatible with each other. SMB v1 lacks these features and isn't compatible with the newer protocols. Unless you are trying to share files on equipment that hasn't been upgraded in the last decade, there is no reason to use SMB v1. In fact, Microsoft recommends disabling SMB v1 for security reasons.

By default, file and print sharing should be turned on in Windows 8.1, but you can verify this or change the advanced settings as needed. To do this, right-click the network icon on your desktop, select "Open Network and Sharing Center," then click "Change Advanced Sharing Settings." Ensure that the Turn on Network Discovery and Turn on File and Printer Sharing options are selected. You can also enable or disable sharing of a public folder on your computer from this page. If you are trying to connect to an older computer that doesn't support 128-bit encryption, enable the 40- or 56-bit encryption option.

If you are trying to share files on the network with an older computer that doesn't support SMB v2 or v3, you may need to enable SMB v1/CIFS on your Windows computer. Type "Windows Features" in the Windows Search charm and select "Turn Windows Features On or Off." Scroll down the list of features and make sure the SMB 1.0/CIFS File Sharing Support option is selected by putting a check mark in the box beside it. If the computers on your network support SMB v2 or v3, deselect this option by clearing the check box.

If a Windows 8 client computer has a mapped share to another computer or server that has recently been upgraded, the client may lose its ability to find that share, resulting in an "Invalid Signature" error. This can happen if the upgraded computer used to support an older version of SMB, such as SMB v2.1, and has been upgraded to SMB v3.0. To solve this problem, unmap the share from the client computer, wait 20 seconds and map it again. Alternatively, you can simply restart the client computer.

How to Add Mac to Windows Homegroup

How to Configure UPnP on a Macbook

How to Piggyback Secured WiFi Networks

How to Enable a WINS Proxy